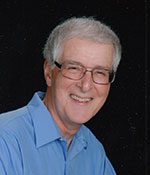 MELROSE — Stephen H. Baldi, 68, of Melrose, died at the Brigham and Women’s Hospital in Boston on Sept. 27. Stephen fought a 15 year battle with prostate cancer, but unfortunately died suddenly of a stroke.

Stephen was born in Boston on Oct. 16, 1947 and was raised in Revere, He attended Boston College High School before getting his bachelor’s degree from Boston University and his master’s from Bentley University. He was first a CPA for Arthur Anderson and then had an unexpected career in the travel industry as a CFO for Crimson Travel, then Thomas Cook Travel. When the company was bought by American Express, they not only kept him working there, but made him a vice president. That was not a surprise to those who knew how smart and dedicated he was; but, accomplishments at work are not what he’d want to be remembered for. In fact, he quite often said, “Those who exalt themselves will be humbled, those who humble themselves will be exalted.”

He was a man who was generous with his time and money and volunteered to help others. He was a man who adored his wife and provided her with endless love. He was a man who taught his sons to be compassionate, kind and hard working. He was a man who was happy to be a grandfather, spoiling his grandchildren and teaching them life’s lessons. He was a man of faith, trying until his last day to figure out what God’s plan was but always knew how Jesus wanted him to live. And of course, he had a great sense of humor. If you didn’t find him with his camera videotaping every one of life’s precious moments, he’d be baking bread – especially his pecan rolls. He’ll be missed by the many who loved him, but never forgotten.

Visiting hours will be held at the Gately Funeral Home, 79 West Foster St., Melrose on Friday, Sept. 30 from 4-7 p.m. Funeral from the Gately Funeral Home on Saturday, Oct. 1 at 10:15 a.m., followed by a Mass of Christian Burial in Most Blessed Sacrament Church, 1155 Main St., Wakefield at 11:30 a.m. Relatives and friends respectfully invited to attend. Entombment will take place in Holy Cross Mausoleum, Malden. In lieu of flowers, contributions may be made to the Stephen Baldi Memorial Scholarship Fund, c/o Most Blessed Sacrament Church, 11 Grove St., Wakefield MA 01880. For directions and to sign online condolence, visit www.gatelyfh.com.