WAKEFIELD — Augustine (Faustino) P. Boccelli, 96, a member of “The Greatest Generation,” passed away on Sunday, June 30, 2019. He died peacefully surrounded by his loving family.

Born and raised in Wakefield, he enlisted in the U.S. Navy at the start of WWII. He served with honor in the elite Naval Armed Guard, and survived four North Atlantic Crossings, including the infamous “Murmansk Run”.

Gus left a huge legacy behind him with 37 grandchildren and 65 great-grandchildren. Past Grand Master of the Wakefield Knights of Columbus, Gus was a good, hard-working man who will be sorely missed by all who knew and loved him.

Funeral from the McDonald Funeral Home, 19 Yale Ave., Wakefield on Wednesday at 9 a.m., followed by a funeral Mass in St. Florence Church, 47 Butler Ave., Wakefield at 10 a.m. Visitation for relatives and friends at the funeral home on Tuesday from 4-7 p.m. Interment, Forest Glade Cemetery, Wakefield. 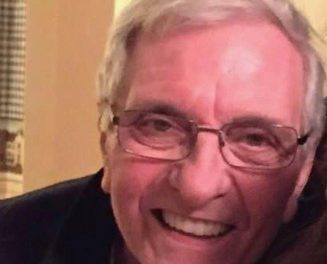