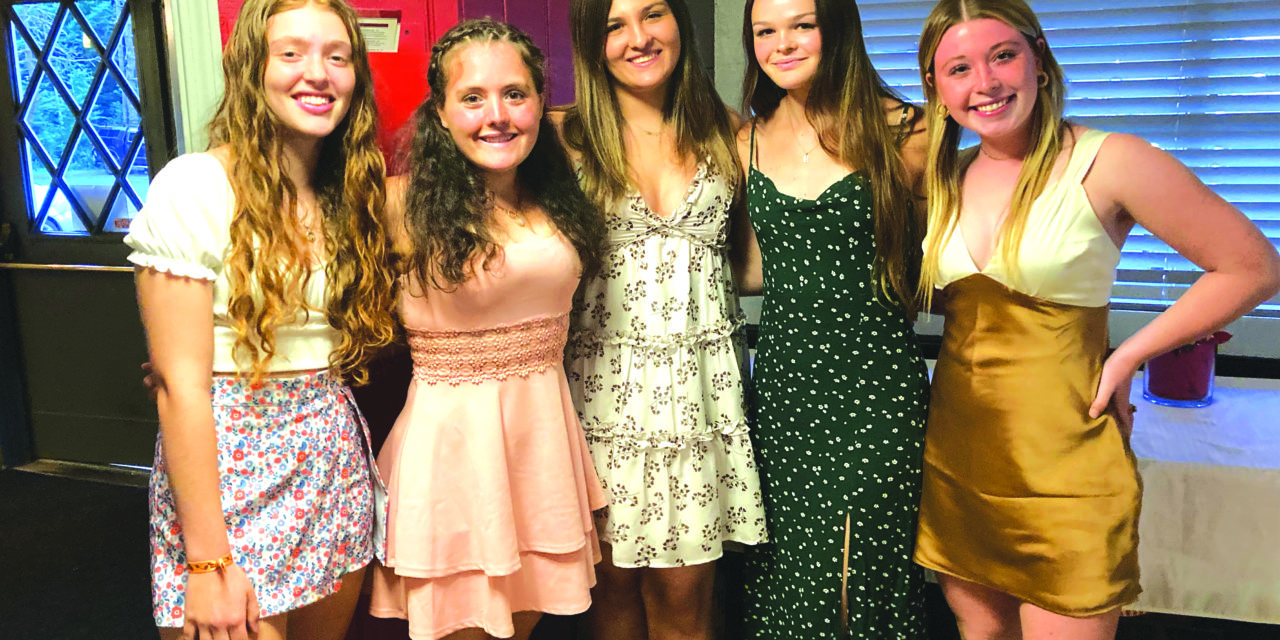 The Warriors finished a well-played regular season with an 8-8 record.

They earned the No. 19 seed in the statewide Div. 2 tournament and drew No. 14 Bishop Stang in the first round.

It was a terrific, back-and-forth match that featured plenty of great tennis.

In the end, the Spartans were able to hold on for a 3-2 win.

“It was a really close match. It could have gone either way,” said Wakefield head coach Kathy Healey. “I’m very proud of my girls, they played well.”

Junior Emma Fitzgerald concluded her strong season with a 6-2, 6-1 win at third singles.

With the Warriors trailing 2-1 after singles, it came down to doubles where both matches were instant classics.

At second doubles, junior Sydney Moon and sophomore Ariannah Tringali won the first set 6-4 before their opponents stormed back 6-4 in the second set. That set up a deciding third which the Warrior pair were able to win, 6-3.

It was an even closer matchup at first doubles with the winner pushing their team onward to the Round of 16.

Senior captain Haley Ogier and freshman Toni Whitson, a duo that had a consistent and terrific season, won a grueling first set 7-5. The Spartans won the second set 6-4 and stayed in the groove in a 6-3 third set victory.

In the end, Wakefield made their coach and their fans proud by leaving it all on the court.

At the banquet, coach Healey presented two MVP awards to Ogier and Fitzgerald.

Two captains for next year were announced as Fitzgerald and Moon will take over leadership responsibilities from current captains Ogier, King and Panagiota Koutroubis.