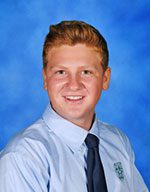 Hampoian earned the Joseph M. Batchelder Memorial Trophy with a come-from-behind victory. Hampoian is a sophomore at Austin Preparatory School in Reading and a member of Thomson Country Club in North Reading.

“This means a lot to me,” Hampoian said. “I played really well all week long.”

He also qualified and played in the Trusted Choice Big “I” National Championship in Prairie Dunes Golf Club in Hutchinson, Kan.

More information about Hampoian’s victory can be found at the Massachusetts Golf Association’s website: https://www.mgalinks.org/about-us/news/2015/news_2015_072915.html.