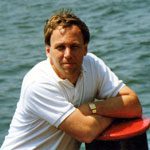 LYNNFIELD — Daniel C. McLemore, 62, of Lynnfield passed away on Oct. 24, 2014 surrounded by family in his home after a brief illness.

A longtime Lynnfield resident, Dan was born on March 31, 1952, the youngest of the three children born to the late George and Claire McLemore. His sister, Karen Tibbetts, predeceased him by 14 years. A graduate of Lynnfield High School, Class of 1970, he received his bachelor of science degree in civil engineering from Lowell Tech in 1975. He was a valued employee of State Street Bank in Boston for 19 years.

Dan was known for his full investment in his many interests and hobbies, as well as those of his family. These hobbies included poker, chess, astronomy and golf. He served on the board of the Lynnfield Youth Hockey League and received the Sparks Award in 2001. Dan helped to build Lynnfield’s Learn to Skate program in addition to coaching youth baseball and soccer. He was a member of the Civil Air Patrol, with aviation being a lifelong passion handed down from his father and passed along to his son, Paul. He was always present at the sports games, dance recitals and other milestones of his children. Dan is remembered by family and friends as someone who loved fixing and building things, including ham radio antennae, and photographing his family and friends during summer adventures in the Berkshires.

Dan was the definition of a family man and a loving husband and father. He is survived by his beloved wife, Mary Ellen McLemore; his son, Captain Paul Daniel McLemore of the United States Army and his wife, Tierra; his daughters, Julia Anne and Mary Kate McLemore; and his brother, Robert McLemore and wife, Marydee. Dan is deeply loved by numerous nephews, nieces, and brothers- and sisters-in-law. He will be remembered by his family as a truly incredible, interesting and intelligent man.

Visiting hours were held on Monday, Oct. 27 at the McDonald Funeral Home, Wakefield. The family will hold a private funeral service. In lieu of flowers, donations may be made in Daniel’s name to the Independence Fund supporting wounded warriors at 6538 Collins Avenue, #187, Miami, FL 33141.