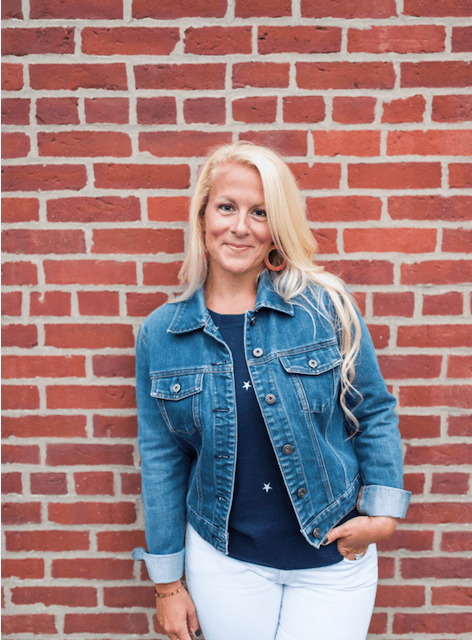 LYNNFIELD — There are a number of steps parents and guardians can take to keep children safe online, Internet safety expert Katie Greer said during a virtual presentation on Jan. 19.

A Healthy Lynnfield and the School Department sponsored Greer’s presentation on Zoom teleconference. Over 60 people attended the virtual event.

“We administered a survey last spring, and one of parents’ top concerns was Internet and social media safety,” said Substance Use Prevention Coordinator Peg Sallade.

Greer recalled that she began her career working for the Massachusetts Attorney General’s Office’s Internet Crimes Unit. She also served as an intelligence analyst for Massachusetts State Police. She is now the CEO of KL Greer Consulting. She is the mother of two children.

“I have a third-grader and a fifth-grader, so I am not only dealing with this professionally, but I am dealing with this personally,” said Greer. “I am trying to practice what I preach even though I am coming up against a lot of obstacles. My fifth-grade daughter asked Santa for an iPhone for Christmas. Santa did not deliver it.”

Greer said the amount of time children and adults have spent looking at devices has increased significantly over the past seven years.

Greer said the COVID-19 pandemic has increased screen time use among children, adolescents and adults.

Before giving the virtual presentation to parents and guardians, Greer noted that she gave presentations to Lynnfield Middle School students. She polled the students in all four grades in order to ask them if they had a smartphone.

“I would say 85 percent of the fifth-graders had their own smartphone and it just went up percentage wise from there,” said Greer. “We know through research and common sense that having kids spend time on screens for over seven hours a day and adults spending nine hours looking at screens is not healthy for our brains, eyeballs and our social-emotional health.”

Greer urged parents to identify times when children are not allowed to look at screens. She said parents can prevent their children from looking at screens during dinner and family TV time. She also noted that some families have implemented “tech-free” days.

“I have not talked to one family who hasn’t said this hasn’t made a profound difference in the attitudes in their homes and their family time,” said Greer. “That doesn’t mean kids are not going to be kicking and screaming when parents are trying to enact these rules. The earlier parents set these boundaries, the easier it is going to be.”

Greer said the average age where children are given smartphones is in fourth grade.

“There are alternatives to phones and devices such as the GizmoWatch, which has 10 numbers that a child can call or text,” said Greer. “In my household, my children will not be able to get a phone until they are in high school. I am on the road to a lot of hatred, and I fully accept that responsibility. I respect parents if they are not able to do that.”

While Greer said social media can be a “phenomenal tool” for people to use, she noted that the Children’s Online Privacy Protection Act stipulates that the soonest children can create a social media account is when they are 13-years-old.

“We have known since we have started studying brains that kids’ brains are not fully formed yet,” said Greer. “Social media wasn’t created for kids. A lot of kids are using it, but that wasn’t the intention. Social media is entertaining and addictive, but if we are letting kids socialize on social media, they are not putting in the face-to-face work that is important for our existence. We need to diversify that socialization a bit more because kids have underdeveloped frontal cortexes.”

Greer noted that social media often distorts “what is real and what is not.”

Greer said the social media app TikTok is a good way for people to get information about recipes and home improvement projects in addition to watching funny videos. However, she said, “The amount of adult content on TikTok blows my mind.”

“I have never seen an app like TikTok blow up,” said Greer. “A lot of little kids are using it. There are a lot of sex and drug videos on TikTok. I have learned and seen things on TikTok that I have never heard of in my life. If I wanted to get drugs, I could hop on TikTok right now and get them.”

Greer also noted a lot of teenagers participate in “sexting,” which involves sending or receiving sexually explicit messages, photos or videos on smartphones.

“The reason why this wasn’t a problem when we were growing up is not because we are a morally superior generation,” said Greer. “It’s because we didn’t have access to these phones where we can send and receive these videos and pictures. Our kids are now sending these pictures and videos because they have these devices.”

Greer said research has revealed that 51.2 percent of teenagers have participated in sexting.

“We have found through research that just saying no is not effective messaging,” said Greer. “I am not saying teenagers should be able to do whatever they want, but we should talk to kids and give them the tools they need to make good decisions. There is often pressure involved and in healthy relationships, pressure should never be involved. Being able to set boundaries is a really important life skill. Giving kids the ability to say no and draw boundaries is a really important part of the sexting conversation.”

Greer said it’s important for parents and guardians to be good role models for their children, including online.

“How are we going to raise children who are good humans if we have parents saying a family should kill themselves because they didn’t vote this way or don’t agree with a policy?” asked Greer. “People need to think before they post things online.”

Greer encouraged parents to ask their children questions and be clear about their expectations.

“The earlier parents have conversations about this stuff, the easier it is going to be,” said Greer.

“Parents should not go snooping and checking their kids’ devices behind their back,” said Greer. “I prefer that kids know their parents are going to check on them.”

Greer noted that parents can use Google Home or Disney Circle in order to manage students’ screen time.

“They can be used with phones, tablets, video game consoles, an Alexa or a smart TV that connect to Wi-Fi,” said Greer. “Parents can control them from their phone. These tools can take the management off parents’ plate. There are also parental controls on devices that are amazing. They allow parents to turn off devices at a certain time, restrict certain apps and prohibit kids from going on the Internet.”

Greer also encouraged parents to discuss Internet privacy with their children and team up with other parents in order to keep children safe.

“We are all in this insanity together,” said Greer.