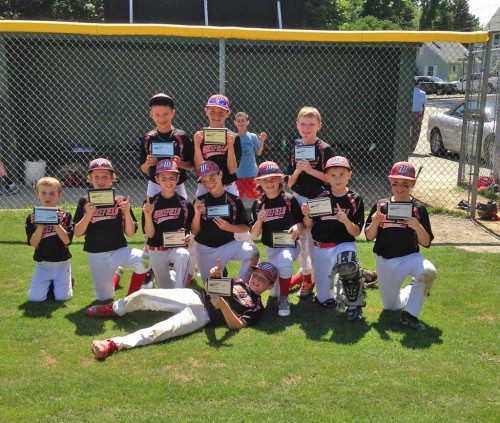 WAKEFIELD — The future looks bright for this group of Wakefield Little Leaguers.

Coming off an undefeated summer of baseball, the boys rolled through the playoffs capturing the Jimmy Fund’s 9-10 year old division title by a final whopping score of 17-1 over Wilmington.

The game was never in doubt and called early due to the “mercy rule.”

The team as usual was led with overpowering pitching, stellar defense and a lineup with no easy outs in it.

A special thanks was given to Head Coach Ross Ickes plus assistants Chris DeFeo, Mike Almquist. and Don Dubuque for their time and efforts working with the team to fine tune their baseball skills and sportsmanship.

This was the team’s second summer together and according to one opposing coach, “They have a wagon!”