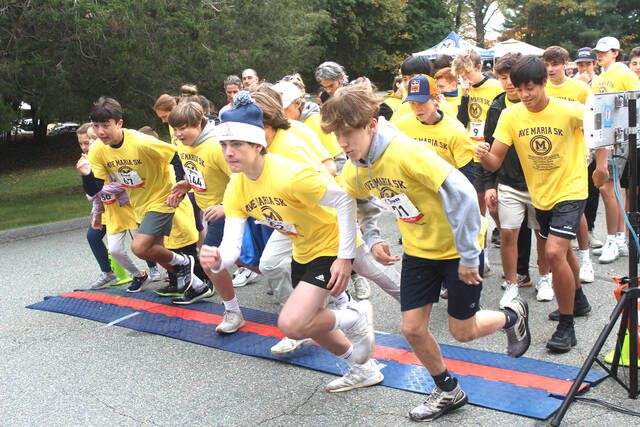 LYNNFIELD — Over 300 people came together on a beautiful fall morning to support individuals in recovery by attending the Think of Michael Ave Maria Parish 5K Run and Walk at St. Maria Goretti Church on Saturday, Oct. 23.

The Think of Michael Foundation and Ave Maria Parish held the fundraiser in order to raise awareness and money for individuals fighting substance use disorder. While the event’s proceeds were still being tallied when the Villager went to press, the funds raised will be used to help people in recovery stay in a sober house as well as fund scholarships for high school students.

Before the 220 runners and walkers embarked on the 5K’s route, Think of Michael Treasurer Dick Dalton thanked the community for supporting the foundation’s mission of helping people overcome their battles with addiction.

“On behalf of the Think of Michael Foundation, we are really in awe of the support we have gotten from the community,” said Dick. “We wish everybody a good race.” 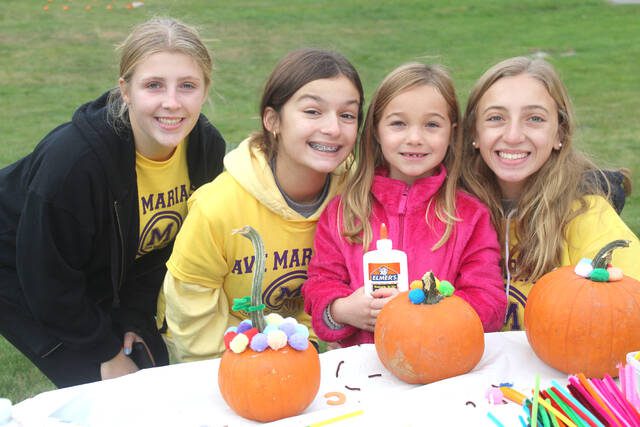 Lynnfield resident and Boston Bruins anthem singer Todd Angilly kicked off the Think of Michael Ave Maria 5K by singing “The National Anthem.” He told the Villager after the race that the foundation supports a cause that is near and dear to his heart.

“This event hits close to home to me,” said Angilly. “I work for the Essex County Sheriff’s Department as the assistant superintendent for reentry. I help people who struggle with addiction find employment, which is critically important for people as they reenter society.” 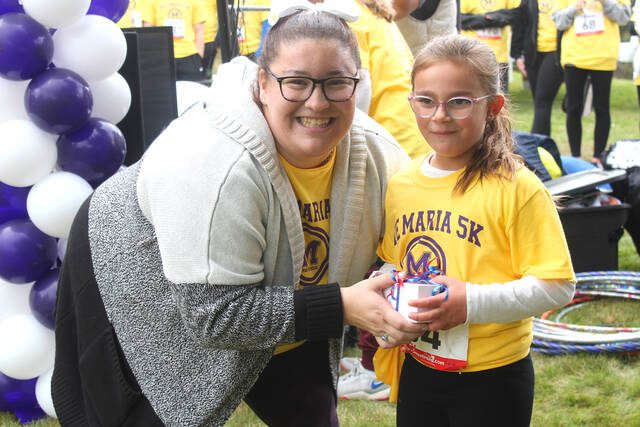 After learning about the Think of Michael 5K, Eno decided to drive to Lynnfield from her Newton home in order to compete in the race.

“When I heard about this 5K, I knew that I had to participate because it supports a cause that is close to my heart,” said Eno.

“The best part of the race was seeing all of the little kids come across the finish line with smiles on their faces,” said Bossi.

Bossi was thrilled that the first in-person Think of Michael Ave Maria Parish 5K featured 220 participants along with another 130 attendees.

“It was a fantastic event,” said Bossi. “We had a great turnout with a lot of families who decided to either run or walk. It was a wonderful first in-person 5K.”

“It was a big success,” said Yannone. “I loved seeing the high school teams come out and participate. It has been amazing working with the Dalton and Cook families. I am proud of everyone who participated.”

The number of people who participated in and attended the 5K blew Think of Michael Foundation President Carmela Dalton away. 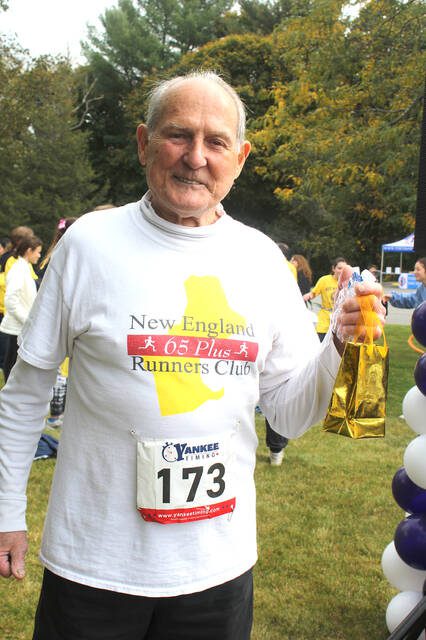 “It was awesome,” said Carmela. “We appreciate that the community came out and supported us once again. I want to thank Robyn and Jamie for putting this all together. It would never have come to fruition without Robyn’s insight.”

“It was an incredibly successful fundraiser and I appreciate the community’s generosity,” said Dick. “The race went extremely well. I had runners come up to me and ask me if this was our first 5K. They were surprised after I said yes. That is a credit to Jamie and Robyn. They spent countless hours putting this fundraiser together.”

Select Board members Joe Connell and Phil Crawford both walked the 5K along with their wives, Kate and Ellen.

“The fact there were over 200 runners and walkers participate is a testament to the community’s support of the Dalton family and what they are trying to accomplish,” said Connell.

While the Think of Michael 5K was taking place, a group of young children were able to play different types of games as well as decorate pumpkins with the assistance of high school students. DJ Dee Kimble also played music over the course of the event, which inspired a number of children to start showing off their dance moves in the St. Maria Goretti parking lot.

Yannone was thrilled that a number of children and adolescents either participated in the 5K or volunteered.

“This fundraiser raises awareness, which is important for young children and adolescents,” said Yannone. “We want them to participate in events like this because our faith teaches people to help those in need. The Think of Michael Foundation does exactly that. It’s important to teach students at an early age that it’s important to give back to the community and give back to people in need.”

Carmela thanked Ave Maria Parish Rev. Paul Ritt for allowing the foundation to use the church’s parking lot for the 5K.

“It was the perfect spot,” said Carmela.

“I hope we can make it bigger and better in the future,” she said.