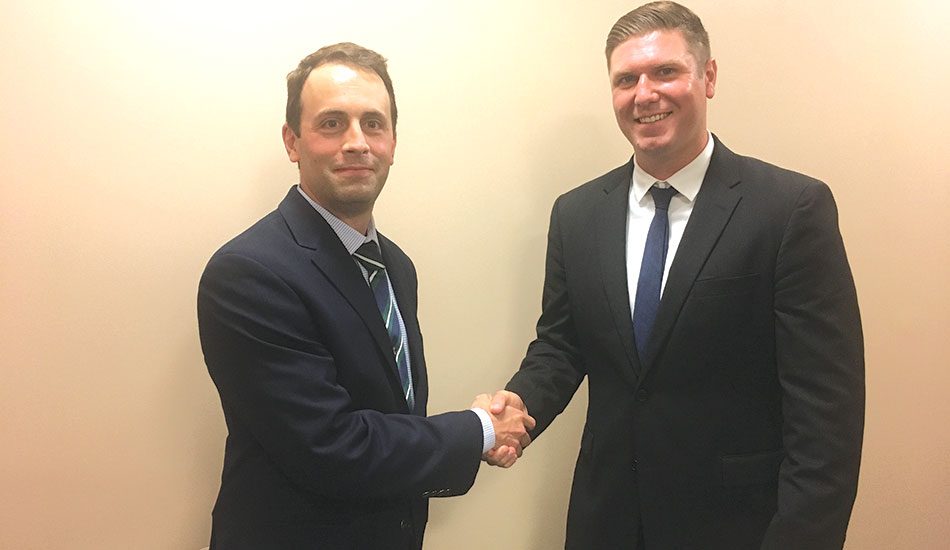 The Select Board approved Acting Police Chief Nick Secatore’s request to have Patrolman Timothy Croke transfer from the Boston Police Department to the Lynnfield Police Department. Select Board Chairman Dick Dalton said Croke, who is currently a Boston resident, will be filling an existing vacancy.

Secatore and Croke discussed the possibility of having the patrolman transfer to the Lynnfield Police Department a few months ago. He noted that both officers have mutual friends.

“Tim has been considering relocating back to the Lynnfield area,” said Secatore. “I learned that he previously applied to be a Lynnfield police officer in 2016, but there were not enough positions for him to be hired at that time. Over the last few months, we have discussed the possibility of having Tim work for the Lynnfield Police Department. We had a few conversations about what policing is like in town. I learned that Tim’s ideals of policing align very closely with the town of Lynnfield. He is caring, compassionate, educated and is committed to the law enforcement profession.”

Secatore recalled that Croke grew up in Lynnfield and attended Lynnfield Public Schools. After Croke earned a bachelor of science degree in Criminal Justice from Endicott College in May 2010, he worked as a security supervisor for Allied Barton Security at MelroseWakefield Hospital from September 2010 to November 2011. Croke served as a corrections officer for the Suffolk County Sherriff’s Department from November 2011 to December 2018.

“Tim has extensive training and experience in organized demonstrations, crowd control and, most importantly, de-escalation techniques,” said Secatore. “He is an outstanding candidate for the position. He is well-liked and respected by members of the Lynnfield Police Department.”

“Tim’s appointment will immediately impact the Police Department’s staffing levels,” said Secatore. “But more importantly, he is a qualified, well-liked officer who will fit in seamlessly.”

Croke said he enjoyed growing up in town when he was a child.

“I played sports in town and went to Lynnfield Public Schools,” said Croke. “My father was a Lynnfield resident throughout his lifetime. The town has a lot of sentimental meaning to me. It has always been a goal of mine to give back to this community. When the opportunity was presented to me, I thought it was a no brainer and I knew I wanted to do it. I am really grateful that Chief Secatore gave me the opportunity to sit down and talk about transferring to Lynnfield from Boston.”

Dalton recalled that the Select Board has “expressed its desire” to have Lynnfield residents and natives be appointed as police officers in town. He expressed his support for appointing Croke to the Lynnfield Police Department.

“The chief has given Tim an outstanding recommendation,” said Dalton.

Secatore said the Police Department is “committed” to hiring Lynnfield residents and natives who have experience in law enforcement.

“We currently have a Civil Service candidate in the police academy and we are processing another one from our list,” said Secatore. “We are planning on processing future candidates from the list. This presented an outstanding opportunity to take an immediate transfer.”

Select Board member Phil Crawford recalled that he has known Croke for many years.

“Tim grew up with my kids,” said Crawford. “I can’t be happier to add him to the police force. We have a mandate with the Police Department to do as much in-house promotions as we can. This is the perfect scenario because Tim is already trained and doesn’t need to go through the academy. He knows the town well, and I fully endorse bringing him aboard.”

“Tim has a sensational resume, and Nick gave him a great recommendation,” said Connell. “I think he is the perfect candidate to bring to town.”

“Thank you,” said Croke. “I appreciate the opportunity.”