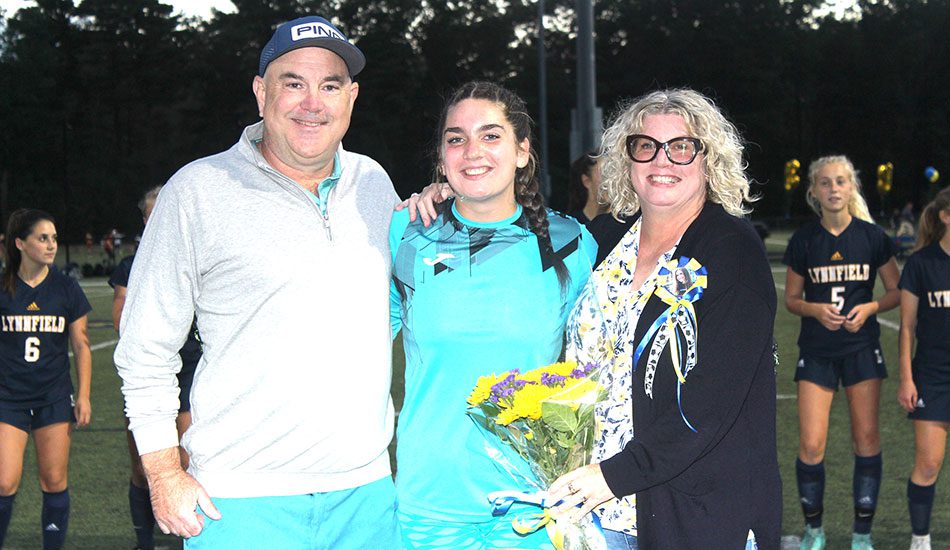 LYNNFIELD — The girls’ soccer team concluded last week with a win, a loss and a tie.

The Pioneers (4-3-2) cruised past Georgetown 6-1 on Sept. 29. Lynnfield honored the Pioneers’ nine seniors and their families during the annual Senior Night ceremony before the game.

The Royals knotted the score at one a minute after Parisi scored.

Undaunted, Parisi gave the Pioneers a 2-1 lead after she buried a shot with five minutes remaining in the first half. Freshman Clara Caulfield was credited with the assist.

“Emma was in the right place at the right time,” said Pioneers head coach Mark Vermont.

Senior defender Mariella Calvani found the back of the net 21 minutes into the second half. Caulfield and Sophomore Keely Briggs had the assists.

“It was a great goal,” said Vermont. “Clara had a cross to Keely, who passed it off to Mariella. She had a good run and was able to finish it off.” 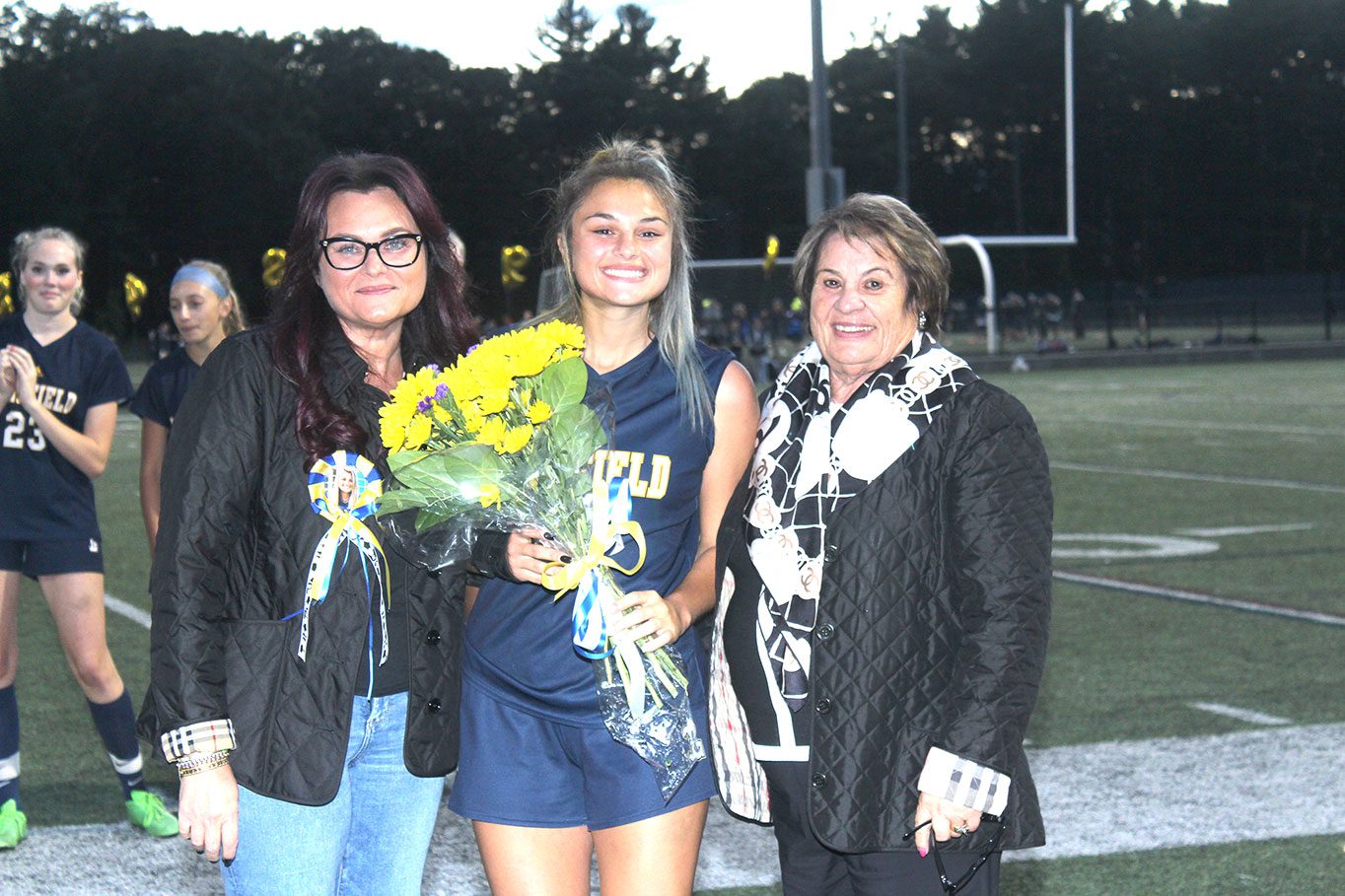 Senior defender Abby Adamo gave the Pioneers a 5-1 lead with eight minutes remaining in the second half. Junior defender/midfielder Trinity Gesamondo was credited with the assist.

Junior forward Abi Travers scored Lynnfield’s final goal with four minutes remaining in the contest after being set up by Radulski.

“The seniors played very well,” said Vermont. “It was a great game with great energy.” 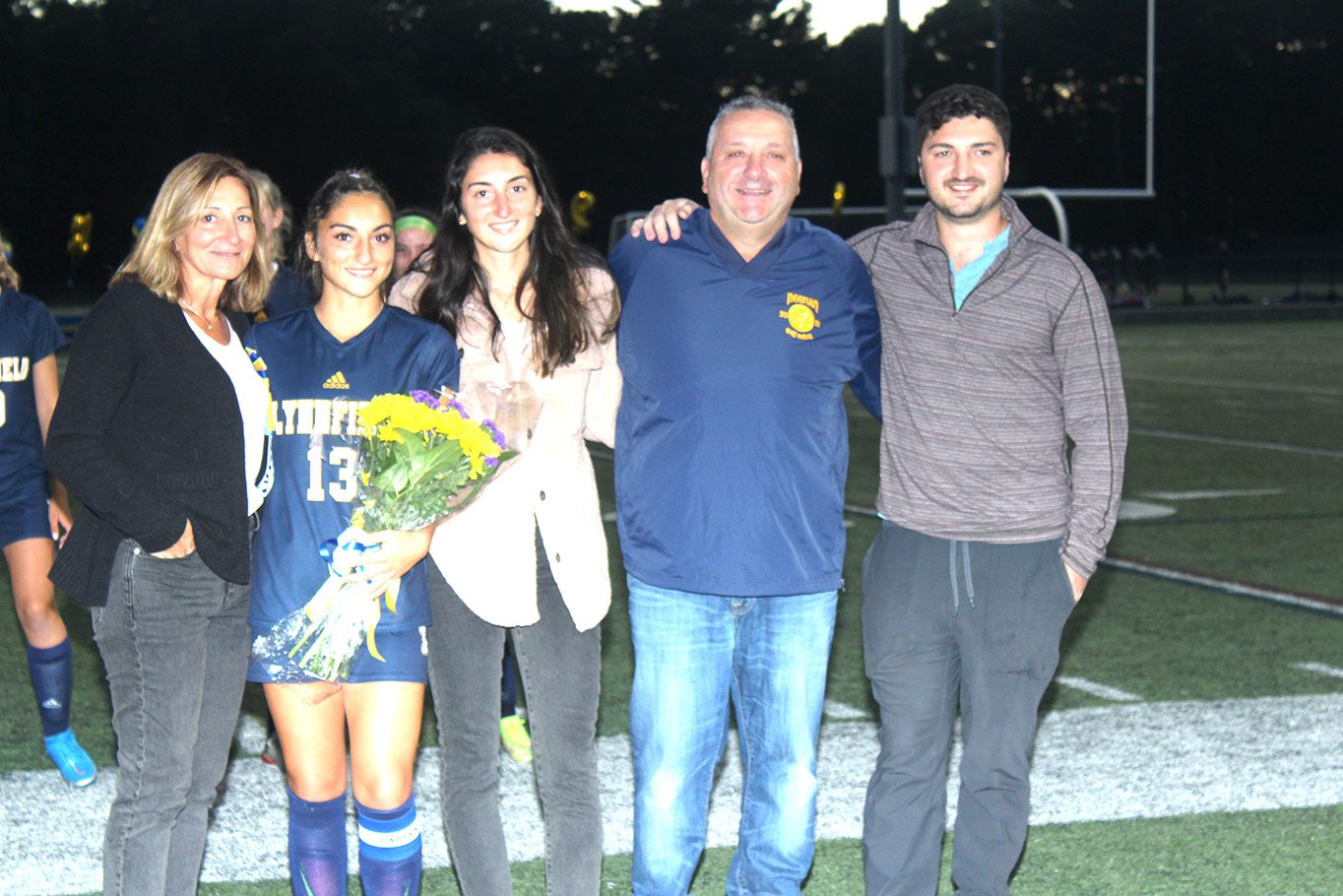 Parisi gave the Pioneers a 1-0 lead 18 minutes into the first half. Bunar had the assist.

“Sam smashed the ball,” said Vermont. “Adri ran onto the ball and beat the goalie. It was really cool.”

The Vikings tied the game at one 26 minutes into the first half.

Parisi scored her second goal of the game nine seconds into the second half after she received a pass from sophomore midfielder Ally Sykes. It was Parisi’s 10th goal this season.

“It was the fastest goal I have ever seen,” said Vermont. “Adri played a very good game. She is a workhorse for us. She did an awesome job out there.”

Triton tied the game 2-2 with 20 minutes remaining in the game.

Bunar tallied seven saves in the cage against the Vikings.

Vermont said the Pioneers struggled with finding a rhythm against Triton.

“After the big game on Senior Night, it’s hard to be consistent,” said Vermont. “I think we struggled with that. Triton worked hard and capitalized on their opportunities.”

The Pioneers began last week falling 3-2 to Pentucket on Sept. 27.

Parisi gave the Pioneers an early 1-0 lead four minutes into the first half.

Pentucket tied the game at one 10 minutes into the first half. The game was deadlocked 1-1 at halftime.

Pentucket took a 2-1 lead 13 minutes into the second half. Pentucket scored its third goal with six minutes remaining in the game.

Rose scored Lynnfield’s final goal late in the second half. Veglia had the assist.

Bunar recorded six saves in net for the Pioneers.

“Pentucket has always been a strong team,” said Vermont. “They did a put a lot of pressure on us. We moved the ball pretty well in the first half, but they had three good opportunities and scored on them.”