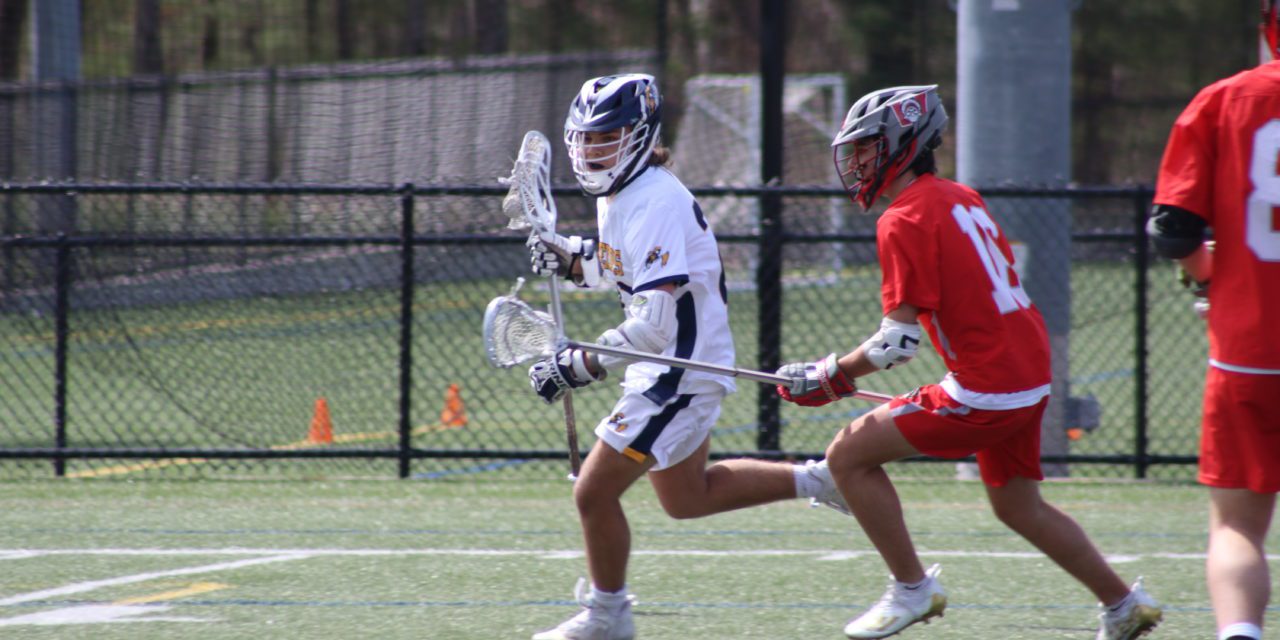 WILL STEADMAN had three goals and five assists in Lynnfield’s 13-8 win over Ipswich on Monday. (File Photo)

LYNNFIELD — On Monday afternoon, the Lynnfield High boys’ lacrosse team won at Ipswich, 13-8, during a steady rainstorm. With that result, the Pioneers improved to 5-3 overall and 4-2 in the Cape Ann League.

Lynnfield came out of the gates strong in the opening half, going to the break leading 6-1.

“We had some great fast-break goals in that half,” said Pioneers head coach Pat Lamusta.

The Tigers fought back in the second half and cut the lead to 10-8 late in the third quarter.

“They made it really close that second half,” said Lamusta.

Lynnfield was then able to get some breathing room in the fourth quarter.

Drew Damiani and Janssen Sperling both found the back of the Tiger net twice while Will Norton had two goals and one assist.

Steve Dreher led the team in ground balls with five.

Lynnfield goalie Ben Pimentel made 12 saves to go to 5-3 in net.

Last Saturday, the Pioneers were nipped, 9-8, by guest Newburyport.

“It was back-and-fourth,” pointed out Lamusta, as the game featured thee lead changes. “Newburyport is at the top of our league and I was impressed with how we played them right to the final horn.”

Lynnfield cut the lead to one with 2:57 left in the game but the Clippers were able to hold one.

The Pioneers led 5-3 at the half as they were held to three goals in the second stanza.

Norton and Damiani both had hat tricks and Damiani also had two assists. Steadman had one goal and two helpers. Calichman had a team-high three assist with one goal while A.J. Chiaradonna had one assist.

In a night game on April 27, Lynnfield beat visiting Pentucket 13-7.

Leading, 6-4, at halftime, the Pioneers outscored the Sachems 7-3 in the second half.

“We settled down on offense in the second half,” recalled Lamusta. “We did a better job of working the match-ups.”

Calichman had a big night with four goals and four assists while Steadman had four goals and one assist. Damiani had three assists to go with one goal while Norton scored twice.

Sperling and Chiaradonna each scored once. Cardinal had two assists.

Pimentel made 10 stops in that game.

On May 4, the Pioneers host rival North Reading at 4:45 p.m. looking to sweep the season series. They then welcome Manchester-Essex on May 6 at 6 p.m.

Lynnfield then goes to Hamilton-Wenham on May 10 with that game starting at 4 p.m.