Boy tennis picks up a win over Raiders 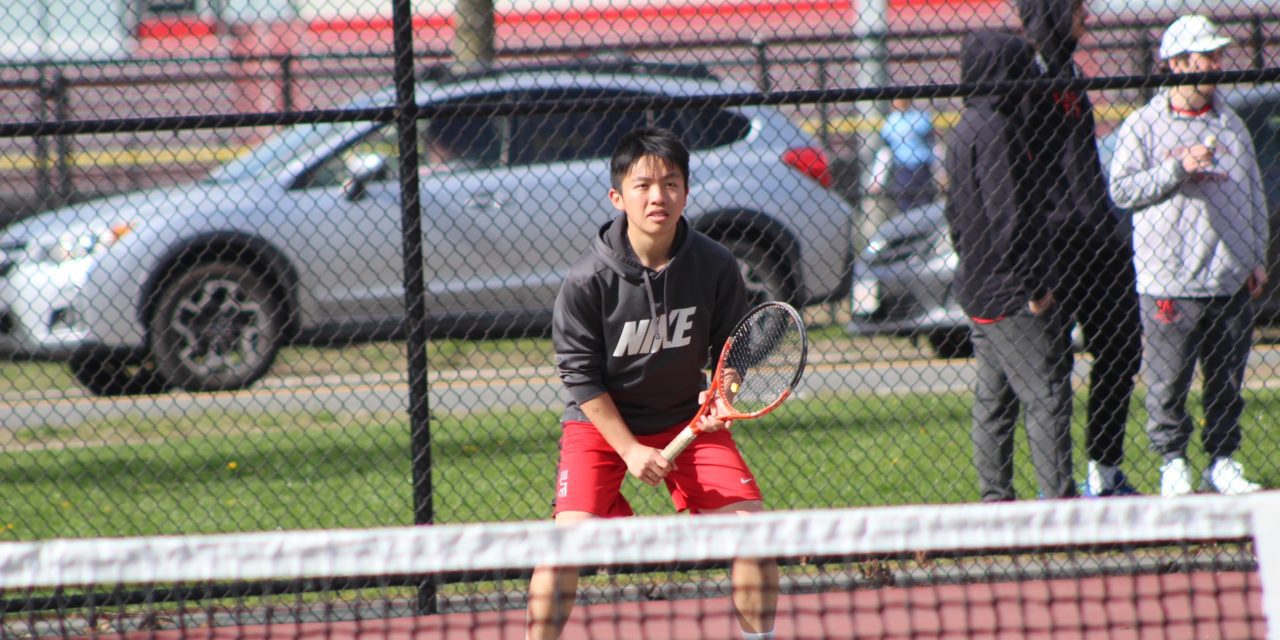 MELROSE—The Melrose High boy’s tennis team picked up a key league win over the Watertown Raiders on the road on Monday, May. 9 in Watertown, where they beat the Raiders, 4-1.

Melrose saw some adjustment pay dividends, notes head coach Sam Stallings. “Nathan’s performance at 3rd singles was nice to see. After playing doubles for most of the season, it can be tough to transition to playing singles matches, but he played well. He stayed composed and played lots of smart points.”

While Watertown was short on players, their number one player was pretty tough. “Their team fought for points,” said Stallings. “Their top two singles players are really good athletes so they can be tough to manage at times. But our Sean in particular at 2nd singles did a great job of taking what his opponent gave him and not doing too much – sometimes that’s what you have to do to win.”

As they round the last few weeks of their regular season, Melrose will aim to go on an official winning streak, to increase their chances of qualifying for playoffs. Right now they are about .500 and can really build on that if they prevail over ML Freedom rivals Wakefield, Stoneham, Wilmington and Burlington. It could very well come down to the wire.

Says Stallings, “We’ll keep working this week on our consistency and anticipation during points. There’s been times this season where we’ve been too eager or too complacent about finishing points…I’d like to see us improve when it comes to being patient and making the right plays at the right times.”

Melrose will host Wilmington on Tuesday at 4:15.