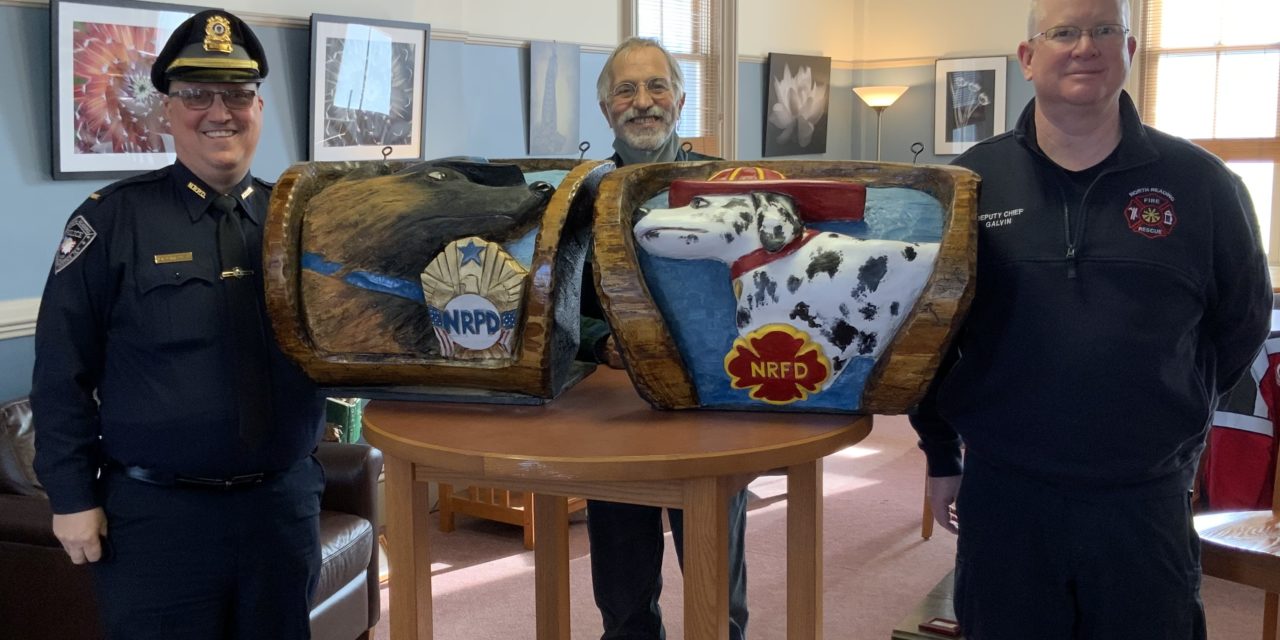 Vasapoli presented his gifts to Police Lieutenant Joseph Thibodeau and Deputy Fire Chief Barry Galvin at the library recently. The police department sculpture features a Belgian Malinois dog – a breed often used as K9 partners – and the NRPD badge. The fire department sculpture shows a dalmatian wearing a fire helmet and the NRFD badge. Both will be displayed prominently in their respective departments. 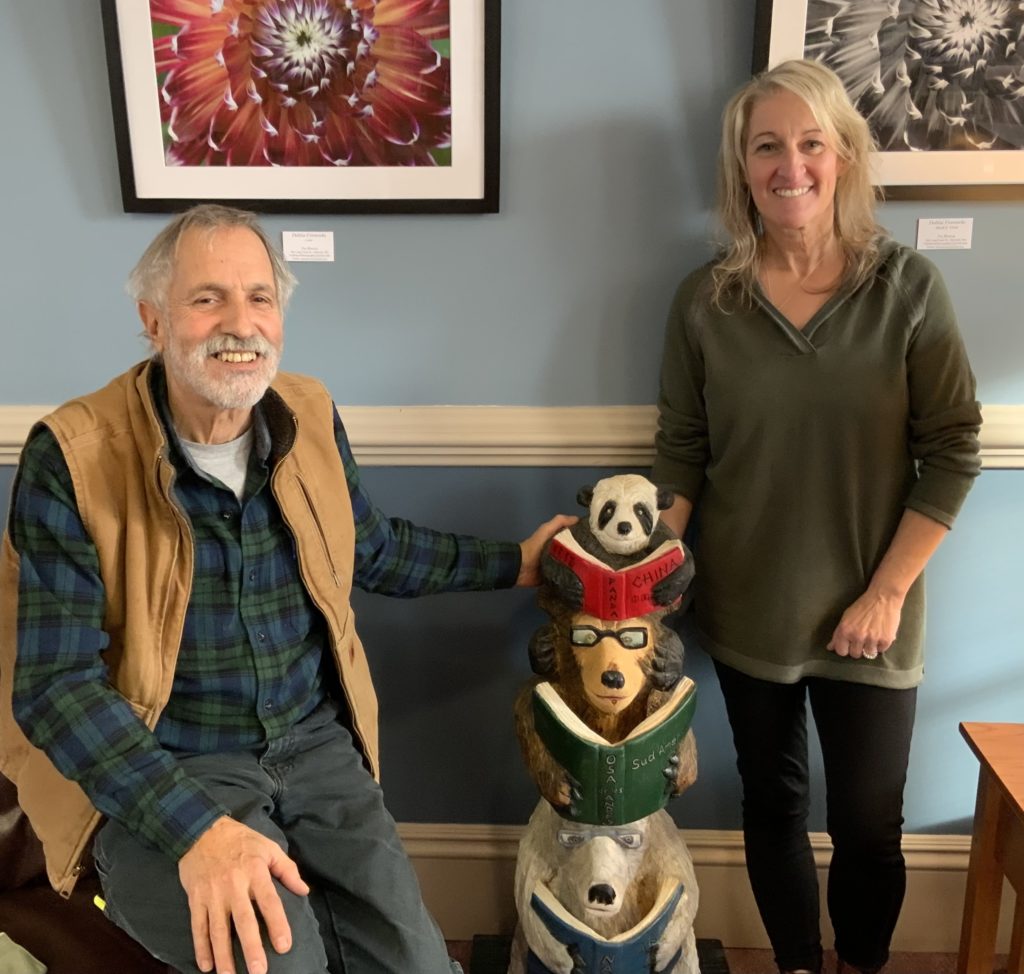 Previously, Vasapoli had donated Spirit Bear to the Children’s Department on the fourth floor of the library. That sculpture is wildly popular with children who go up to greet him, hug him and talk to him!

Jack Vasapoli is a man of many talents and generously shares them. Besides carving wood sculptures of pine from his own yard, he has been a substitute teacher of many subjects at NRHS and a chaperone on Mr. Felix Alvarado’s trips to Spain, has painted sets for the Masquers’ Club and a mural at Martin’s Pond. He plays and sings with a party band, The Swamptones. He’s father to Tyson and Max and husband of Joyce who has shared her talents. too. Joyce did a Haunted House and the After School Program at Batchelder School.

SEVERAL of Jack Vasapoli’s wood carvings are now on display through on the first floor of the library, including this one of Blue Jay, Deer and Beaver. They can be viewed through the end of the month. (Cambia Davis Photo)

Several of Vasapoli’s sculptures will be on display at the library for the month of January. He appreciates tremendously the open space of the first floor Reading Room and front hall where he’s been able to display his work over the past five years.

He’s filled his own house with his works (thank you, Joyce) and has given his sons as many as they can accommodate. Though his carvings are fairly large, they are colorful, friendly and educational. North Reading is lucky that we have the man and his creations. His email address is: [email protected]