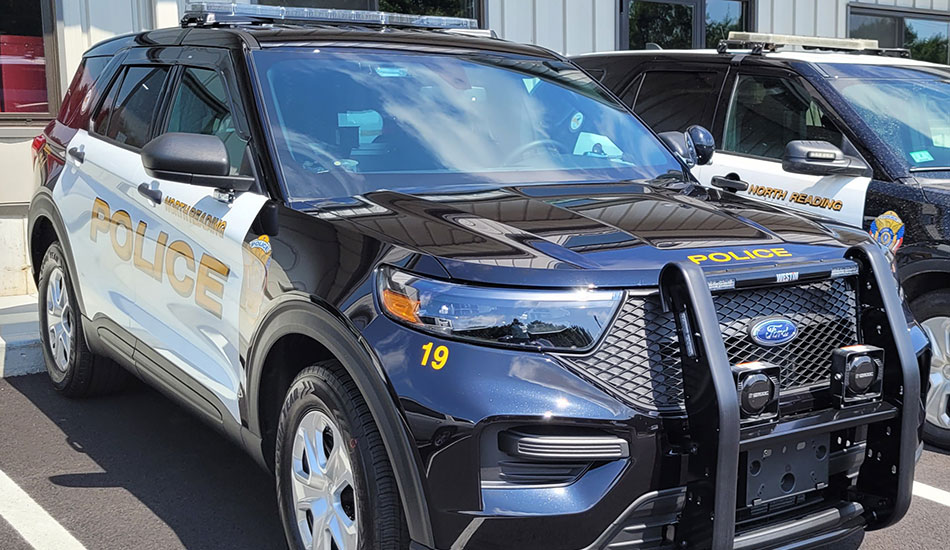 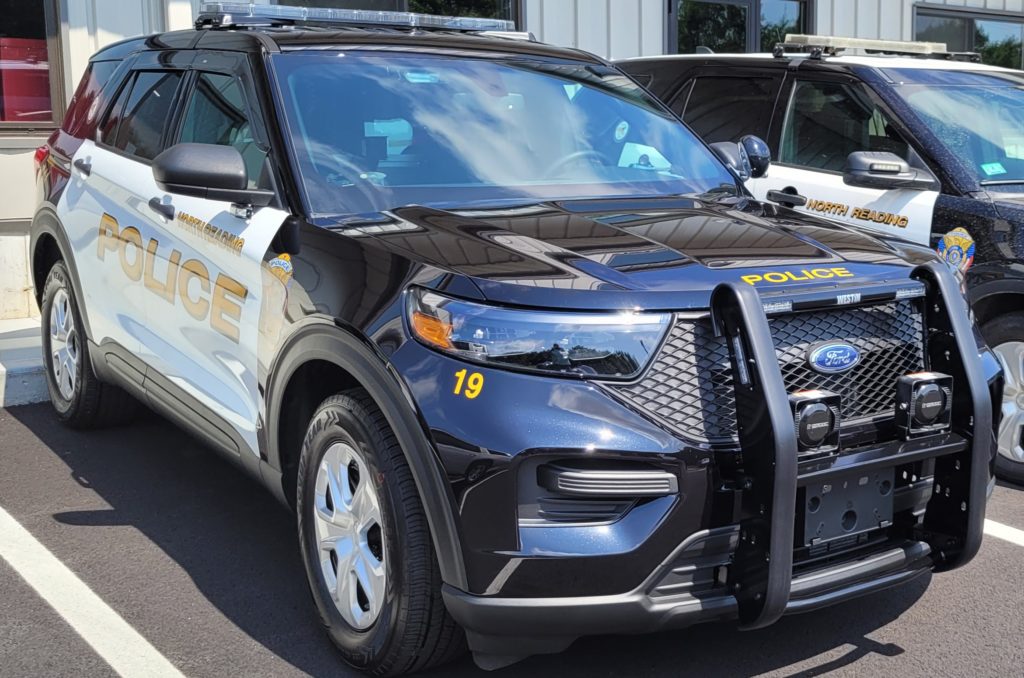 Each new hybrid 2022 Ford Police Interceptor Utility is expected to save at least 343 gallons of fuel per unit per year — resulting in significant cost savings — when they are all in service, according to Murphy. In addition to significant cost savings, the hybrid vehicles will help the North Reading Police Department and the town of North Reading reduce their carbon footprint as each hybrid cruiser used by a police department is projected to result in 22,000 fewer pounds of carbon dioxide released into the atmosphere each year.

The North Reading Police Department received funding for the purchase of the hybrid cruisers in its annual budget approved by the voters at Town Meeting.

“We would like to extend our gratitude to the residents and elected officials who supported our efforts in getting this cruiser added to our fleet,” said Murphy. “The department now has the opportunity to conserve fuel costs, and be more environmentally-friendly. We are looking forward to receiving more of the hybrid vehicles in the next few months.”

The new hybrid Police Interceptor has the power and safety features of a traditional all-gas cruiser with a fraction of the emissions and these vehicles are viewed as the future of law enforcement fleets.

Two of the new cruisers were delayed by 18 months due to supply chain issues.

In addition to better overall fuel economy, the new hybrid cruiser also reduces engine idle time by allowing on-board electronic devices in a police cruiser using the car’s hybrid battery, which enables the gasoline engine to shut off for extended periods of time.

The four new units will help the North Reading Police Department move toward its goal of having a 100 percent hybrid fleet.