WAKEFIELD — The town’s school system has the unfortunate distinction of having the highest number of confirmed positive student cases of COVID-19 in the state over the last two weeks.

According to updated data released yesterday by the Department of Public Health, Wakefield schools had 15 positive student cases over the last 14 days. Statewide, school districts, education collaboratives and special education schools reported a total of 652 new cases to the Department of Elementary and Secondary Education since last week’s report, including 398 student cases and 254 staff cases. Out of 400 school districts in Massachusetts, 142 reported at least one new student case. The most staff cases — 11 — were recorded in Lynn.

Last weekend, Wakefield Supt. of Schools Doug Lyons his administrative team decided to close the town’s flagship school, Wakefield Memorial High, until after the Thanksgiving break due to an increase in student cases.

In the most recent state COVID-19 Dashboard report, Wakefield as a community remains in the moderate risk yellow category for the second straight week. There have been 101 total positive tests in the last 14 days here and the total positive case count since the state started keeping track is now 558.

Overall, the number of Massachusetts cities and towns in the highest risk COVID-19 category designated by public health officials more than doubled on Thursday, the second straight week with a sharp increase after a Baker administration change to the metrics slashed the count.

Sixty-two communities now fall into the “red” in the Department of Public Health’s weekly report published Thursday, color-coded to indicate they have observed significant numbers of confirmed COVID-19 cases, high positive test rates or large rates of infections per 100,000 people.

Only one town, Plainville, dropped from the red to the moderate-risk yellow category, while all others that were in the red last week remained at the top risk level and 33 more joined them, adding to the evidence of the growing second surge.

Among communities newly in the red are: Malden, Peabody, Saugus, and Woburn.

With statewide counts also on the rise, the number of communities in the red is more than twice as many as the 30 in last week’s report and nearly four times as many as the 16 reported two weeks ago.

Falling into the highest risk category carries significant implications for a community. Under the Baker administration’s reopening plan, any community that lands in the red for three straight weeks is required to move back to the first step of Phase 3, meaning they must close indoor performance venues, arcades and other recreational activities, and lower capacity at gyms, libraries and more.

School districts in red communities are the only ones who should consider a model that is not fully in-person under new guidance the administration issued this month when it updated the way it measures community risk levels.

The Department of Public Health confirmed another 2,532 new COVID-19 cases Thursday and announced 27 recent COVID-19 deaths. Public health officials also estimated that 34,664 people in Massachusetts are currently battling the highly-contagious and sometimes-fatal respiratory disease. The 2,532 new cases came from 92,139 new tests, meaning about 2.75 percent of tests came back positive. As a seven-day average, the state’s positive test rate decrease from 3.31 percent as of Wednesday to 3.17 percent as of Thursday.

Hospitalizations for COVID-19 continued their two-week climb and there were 917 people hospitalized with COVID-19 as of midday Thursday, up by 32 from Wednesday. Of those people hospitalized, 181 are being treated in an intensive care unit, including 75 who are on ventilators. Two weeks ago, on Nov. 5, there were 498 people with COVID-19 hospitalized. Hospitals have not seen a daily decline in the COVID-19 patient population since Nov. 4. As of Wednesday afternoon, about 73 percent of the 10,900 non-ICU hospital beds in the state were full and 55 percent of the state’s 2,000 ICU beds were full, though not all with COVID-19 patients. In total, 192,050 people in the Bay State have been confirmed to have been infected with the coronavirus since Feb. 1 and 10,435 people with confirmed or probable cases of COVID-19 have died.

—
Staff with the State House News Service contributed to this report. 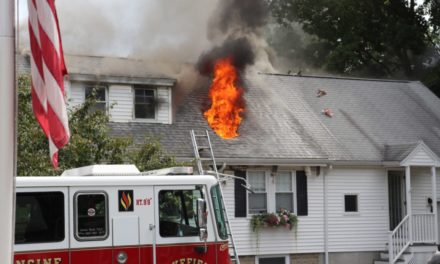