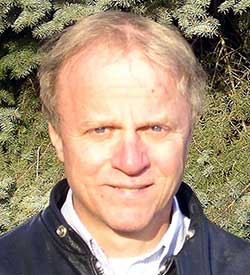 Only the most jaded cynic would question the School Committee’s decision to discuss the “next steps” in the process for the Wakefield Warrior logo at a Saturday morning meeting in the dead of summer that wasn’t being recorded on ZOOM or WCAT.

So, when a reporter and two members of the public showed up at the Galvin Middle School last Saturday to sit in on the meeting, you can imagine their shock when they found the school locked up tighter than a drum.

The interlopers were eventually able to gain entry after the reporter texted someone on the inside. They were led up to a windowless room on the third floor where the meeting was in progress.

The Saturday, July 31 meeting was billed as the School Committee’s annual professional development “retreat.” They could hardly have retreated any further from the outside world and remained on town property.

As the pesky visitors took their seats in the back of the room, the School Committee was wrapping up its “Review of Operation Norms,” which included the following bullet point: “A School Committee meeting is a business meeting held in public, not a public meeting.”

The visitors were starting to get the hint.

Dorothy Presser, Field Director for the Massachusetts Association of School Committees, was brought in to facilitate the session. Presser is the go-to guru in this region for School Committee “professional development.” Her job is to train school boards on best practices in school committee governance, including development of Operating Protocols, development and monitoring of goals, conducting effective meetings, etc.

And indeed, the meeting agenda did include such items as “District Goals and Objectives,” “Communication” and the aforementioned “Review of Operating Norms.”

Then it was on to the discussion what comes next after the School Committee decided last April to eliminate the Wakefield Warrior logo, which for 75 years had consisted of an image of a Native American in a headdress.

It was never explained exactly how the logo pertained to “professional development.” Nor was any reason given for why a discussion related to the most controversial School Committee decision in recent memory was not being held at a regular meeting with normal public access.

For the benefit of the four “new” School Committee members elected last April, School Superintendent Doug Lyons wanted to begin with a brief review of the “Resolution” that accompanied the School Committee’s decision to get rid of the Warrior logo.

But newly elected School Committee member Ami Wall, a supporter of the traditional Warrior logo, had some issues with the Resolution approved by the previous School Committee.

After getting Presser to acknowledge that the Resolution constituted a School Committee policy, Wall questioned why the resolution included an apology to Native Americans.

“For what?” she asked. “We haven’t done anything wrong.”

Yet here was a public policy document apologizing on behalf of generations of Wakefield residents who never viewed the Warrior logo as anything but a symbol bravery and strength.

“I don’t think an apology belongs in a policy document,” he said.

Wall also wondered where the apology was to those Native Americans who view the elimination of Indian logos as a further erasure of their culture.

And such Native Americans do exist. Despite what logo cancelers claim, there is far from unanimous agreement among Native Americans on the issue of sports teams using Indian names and images. Surveys of Native Americans have produced widely divergent and conflicting results, as one might expect.

Wall said she would like the “next steps” in the development of a new Warrior logo to include voices from both sides. Who knows? Maybe a Native American symbol could be found that is not offensive to anyone. But as the Resolution is written, such a compromise would not be possible. Under the Resolution, any Native American imagery is forbidden.

But why should that matter?

It was always about more than the logo. Elimination of the logo was really just a springboard for the introduction of something called Culturally Responsive Teaching, which is totally not related to Critical Race Theory.

If it were, they’d tell us, right?