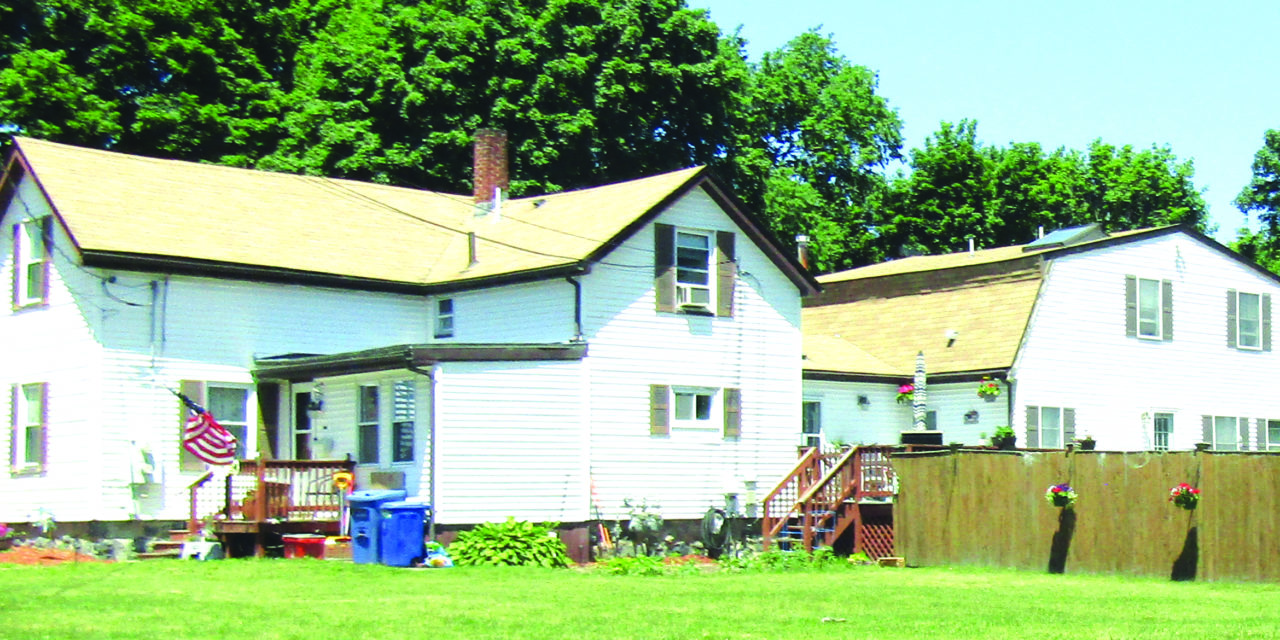 THIS SITE at 32 Nahant Street is the proposed site of a 24-unit 40B affordable h housing project. (Mark Sardella Photo)

WAKEFIELD — The Town Council got a preview this week of a four-story, 24-unit 40B affordable housing project that developer Scott Green would like to build at 32 Nahant St.

They were less than thrilled by what they saw.

Green’s attorney, Paul Haverty, introduced the proposed rental project. He noted that to qualify for Chapter 40B, a development proposal must first receive a letter of project eligibility under a state or federal housing program such as MassHousing, MassDevelopment, the Department of Housing and Community Development or the U.S. Department of Housing and Urban Development. Green has submitted a request for the required project eligibility letter to MassHousing, Haverty said, but has not heard back yet.

As part of the determining project eligibility, MassHousing will reach out to local officials for comment. Town Administrator Stephen P. Maio said that he has not yet heard from MassHousing regarding the project.

Once deemed eligible, the Zoning Board of Appeals will decide if the project is approved in its current form, approved with modifications or rejected.

Sparages noted that there is currently a two-family home on the nearly half-acre site in the General Residence District. He observed that the site is 500 feet from the intersection of Nahant and Main streets, where there is an MBTA bus stop. The project is also half a mile from the commuter rail station and walking distance to the downtown.

He observed that behind the property is a wetland area owned by the town (Strong’s Meadow). He said that he was not sure if Conservation Commission approval would be required, but an Abbreviated Notice of Resource Area Delineation will be filed with the ConCom.

Sparages said that the proposed building would be 40 feet wide facing Nahant Street and run 114 feet deep into the property. There would be four stories with six residential units on each floor including a mix of one, two and three-bedroom units.

He said that stormwater runoff from the site would be handled in accordance with Department of Environment Protection standards.

Sparages showed some preliminary drawings of the proposed building and site.

When Town Councilors got to weigh in, Jonathan Chines said that he thought that the proposed use was “too dense” for the site. He said that the building was too tall for the neighborhood and the proposed site development included too much impervious surface. Although the town will get credit for all 40 units toward its affordable housing inventory, Chines was concerned that only the required minimum (25 percent) of the units will actually be “affordable.”

Town Councilor Edward Dombroski was also concerned that a too-large building was being squeezed onto the lot. He called the proposed building “incredibly imposing” and said that it would change the character of the neighborhood.

Dombroski also wasn’t buying the suggestion that it was a “transit-oriented” development.

Maio said that he would respond with comments on behalf of the town when he is contacted by MassHousing.

“This is the first step,” he said. “Nothing has been filed with the ZBA yet.”