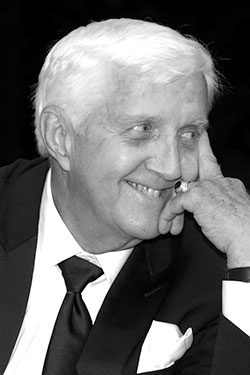 LYNNFIELD — With great sadness we announce the passing of Dr. David F. Donohoe of Lynnfield, formerly of Woburn, on July 18, 2021 at the age of 82. Beloved husband of Patricia B. Donohoe for 52 years. Born in Lowell he was the son of the late Edward T. and Mary A. (Sheeran) Donohoe. He is the loving father of David S. of Pittsburgh, PA; Kara (Tony) Scivetti of Marblehead, MA; and Alison (Alexis) Albert of Paris, France. Adored Papa of Tony, Max, Ava, Zachary and Charlotte Jane. He was predeceased by his sister, Edwina Rapp and his twin brother, Edward. He is also survived by several nieces and nephews.

David earned his Bachelor of Science from Boston College and graduated from Georgetown University Dental School. He subsequently attended Boston University and Columbia University. David proudly served in the United States Army during the Vietnam War at the 93rd Evac Hospital 36th Division from 1966 to 1967. Following his return home from the service, David practiced oral & maxillofacial surgery in Woburn for over 40 years. When not working he enjoyed golf, antique cars and non-fiction. David will be remembered for his faith, integrity, generosity, intellect, and humor.

Family and friends are respectfully invited to attend visiting hours that will be held Friday, July 23, from 4 p.m. to 7 p.m. at the McLaughlin – Dello Russo Family Funeral Home, 60 Pleasant St., in Woburn. A funeral mass celebrating David’s life will be held Saturday, July 24, at 10 a.m. in St. Joseph Catholic Church, 173 Albion St., Wakefield, followed by burial with Military Honors at Woodbrook Cemetery in Woburn. In lieu of flowers, memorial donations may be sent to the Wounded Warrior Project, P.O. Box 758516, Topeka, Kansas 66675-8516 or another charity of choice.