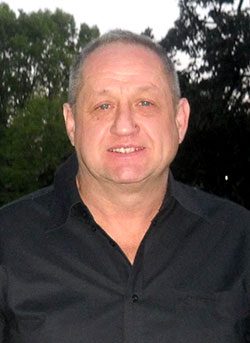 A big-hearted friend to all, avid Pat’s fan and fisherman

Born in Canton, Ohio, Dicky was the son of the late Ida and Bill Boodry. He was the father of the late Richard ‘Dicky’ Boodry, Jr., brother of the late Carol Boodry Surette and uncle of the late Danny Surette. Dicky is survived by sister Darlene Taylor of Danvers, brother Tom and wife, Joan, of Wakefield and brother Bill and wife, Anne, of Wakefield. Cherished uncle of 12 nieces and nephews: Yvette, Ginelle, Steven, Thomas, Ellen, Catherine, Patrick, Eddie, Jeffrey, Billy, Bryan and Michael.

Dicky attended Saint Joseph’s’ Elementary School and Wakefield High School. At WHS, Dicky was a letterman of the highly accomplished 1978 varsity soccer team. He also lettered in hockey and track.

Dicky inherited his strong work ethic from his father, Bill. He worked in the trucking and construction industries for EJ Paving, Roberto Landscaping and Crystal Motor Express. Dicky was touted by many as the best machine operator folks had ever seen; he loved that work.

An avid Patriots fan, Dicky attended several Super Bowls. He had much anticipated attending the return of Tom Brady to play the Patriots next month. He had many fishing trips with his father and brother Tom in Canada and New York. He recently completed a three-day fishing trip in New York, the smiles on his face were longer than the fish he caught.

Dicky was gregarious, outgoing and generous. He had a hug for all that he saw and most often ended an encounter by telling the person that he loved them.