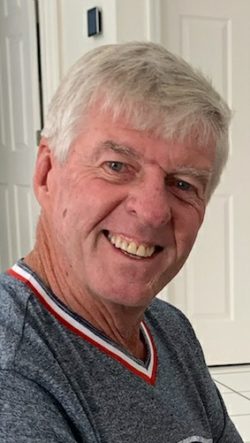 A man that valued friendship, family, and loyalty

Born in Somerville on October 28, 1951, he was the son of the late Walter and Elizabeth (Kehoe) Olson. He later moved to Wakefield, where he was a member of the WHS class of 1969 and met his wife of 51 years, Caryl J. (Stewart) Olson.

Wally, known as “Gator” to so many close friends, was proud of his service in the U.S. Army. After serving his country, he went on to a 40-plus-year career in the automotive business, working for 128 Mazda-Oldsmobile and Liberty Mazda.

Whether it was appearing as an extra in a hit movie, making a solo flight in private pilot’s license training, or becoming an employee of the Red Sox at their spring training home, Wally was always in the middle of the action.

Above all his accomplishments, however, stand the many lives he positively affected. He valued friendship, family, and loyalty, and if you were lucky enough to know him, you had a friend for life.

He was the loving father of Christopher and his wife Cathy of Wakefield and Laura Pacheco and her husband Steve of Peabody. He was the beloved “Papa” of Camden Melendy, Annalyssa Melendy, Taliah Melendy, Christopher Olson, and Ashlyn Olson.

Visitation for relatives and friends will be held at the McDonald Funeral Home, 19 Yale Ave, Wakefield on Monday, Sept. 26 from 4-7 p.m.