Warrior Soccer Player Of The Week 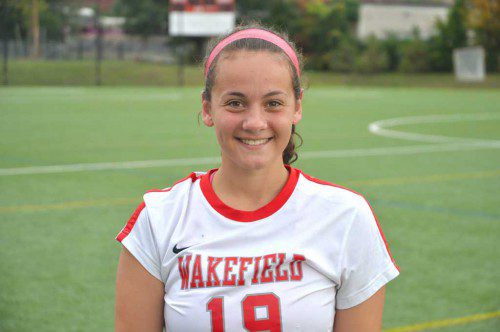 PARINELLO PLASTERING would like to congratulate senior Mia Joyce for being named Wakefield Memorial High School Varsity Girls’ Soccer Player of the Week. Mia is a three-year varsity player and will attend Saint Michael’s College in Vermont to play soccer next year. In last week’s games, Mia was a force at the defensive center-mid position. Mia is a natural soccer player with a tremendous read of the game. She naturally understands ball movement and can judge air balls exceptionally well. When Mia plays the ball out of the air, she wins it every time. In Wakefield’s tie with Winchester Mia owned the 50/50 balls in the midfield. In doing so, the game of the entire team changed as she was able to keep Wakefield in the offensive end repeatedly. On the ground, Mia has exemplary foot skills. She is excellent at throwing off her opponent using multiple moves in her soccer repertoire. Mia can change direction with the ball and move play to a teammate on the weak side, allowing for an offensive push. On defense, Mia is extremely tough, able to take hard hits and scoop the ball out in scrambles. She exhibited all these abilities in last week’s games, making a definite statement about who she is as a soccer player. 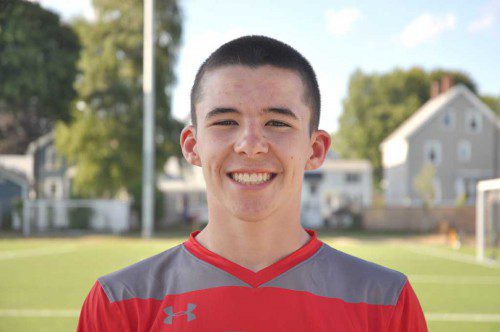 THE Wakefield Co-operative Bank would like to congratulate Mark Melanson for being named Wakefield Memorial High School Varsity Boys’ Soccer Player of the Week. The senior captain has been a major contributor since his sophomore year. A versatile player who has the technical skills, composure on the ball, athleticism, vision and sense of the game that has allowed him to play center midfield as well as central attacking midfield and striker. This past week Melanson showcased all those abilities as he was integral in all three of Wakefield’s matches as well as scoring two goals and assisting on another. Against Belmont, Melanson led the Warriors on a comeback to tie Belmont 2-2. Down 2-0, Melanson scored on a re-directed header and then delivered a touch through ball assist for the equalizing goal. Against Woburn, Melanson opened the game with an early goal and controlled the midfield play.