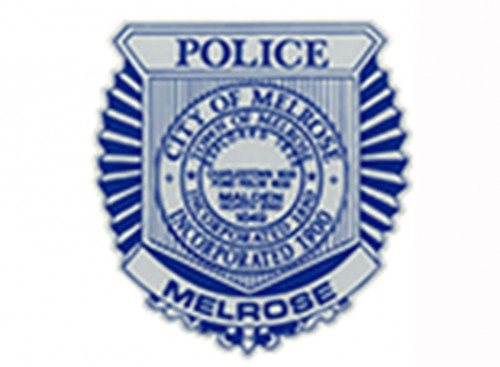 MELROSE — As city street construction and improvements continue, so too do complaints about damage to motorists’ vehicles as they travel through work zones.

On Saturday, October 17, a Groveland resident reported tire damage after hitting a raised roadway structure on Upham Street. The damage was on a 2000 Mazda 626 and was called into police around 10:05 a.m.

At 12:46 p.m. October 17, police received another report of damage to a motor vehicle from road construction, also occurring on Upham Street. A section of Upham Street was paved earlier this week.

On Sunday, October 18, a vehicle struck a road structure at the intersection of Rowe and Upham streets just before noon, damaging the vehicle.

On Friday, October 16, a driver said he damaged his vehicle while operating in the construction area at the intersection of Upham Street and Hillside Avenue. He reported the incident at 2:35 p.m.

Police investigated a couple of larceny incidents at a Lebanon Street medical facility Tuesday, October 13. The first, investigated at 11:31 a.m., involved a 50 year old Swampscott resident who visited Melrose Med Spa and first paid with an invalid credit card and then, when asked to make good on the bill, wrote a bad check and never returned any calls from the staff seeking payment. Police will summonse the woman to court.

The other involved a 31 year old Peabody contractor who was given some money to do work on the premises and never returned to actually do the work. He will be summonsed to court for larceny under $250.

A resident of the Levi Gould House at 200 West Foster St. told police Wednesday, October 14, that someone stole a fall wreath with swinging scare crow from the front door of her apartment sometime before 1:35 p.m. She told police this is at least the third time something hung on her front door has been taken.

Following is a sample of other calls answered by police during the week of October 12 to October 18.

• At 3:12 a.m. police went to a Sargent Street home after a resident reported hearing noise in the house. Police checked it out, and said it appeared secure but did notice a broken glass table.

• Dogs were reportedly running around unleashed at the Lincoln School around 6:20 p.m. Police found nothing when they arrived.

• A resident of the 200 block of Main Street told police around 9:45 p.m. that he was victim of check fraud. Police continue to investigate.

• A construction vehicle was reportedly blocking Hunts Terrace around 11:10 a.m.

• A Stevens Place resident said wires had been ripped off the side of his house by a truck sometime before 1 p.m.

• Just before 5 p.m. a some called to report her child was locked inside her car parked in the Whole Foods lot. Stephen’s Towing responded and opened a door.

• At 9:22 p.m., people were reportedly drinking on the Bellevue Country Club golf course. Police sent them on their way.

• At 7:39 a.m. police were told a child fell off his bike at the intersection of East Foster and Main streets.

• A Marmion Road resident reported vandalism at his property around 10 a.m.

• Heavy damage to a motor vehicle on Mount Hood Terrace was reported just before noon.

• Police went to Bruegger’s Bagels on Main Street around 7:50 a.m. after being told of a woman who was having a hard time staying awake. An officer and an ambulance crew responded but the patient refused treatment.

• Two women were reportedly pass out on a bench near Honey Dew Donuts on Main Street around 11 a.m. Police learned one of them had just been released from the hospital.

• A woman who fell and had suffered a head injury on Tremont Street around 2 p.m. was taken to the hospital.

• Police were told around 8:50 a.m. that a neighbor had possibly taken a West Highland Avenue resident’s cat. The problem was eventually ironed out, police reported.

• At 12:20 p.m. police were told that the driver of a gray Honda had parked on Hesseltine Avenue and spoken to some Horace Mann School children while they were at recess. Police responded and learned the person was the parent of a Horace Mann student.

• A Willow Street man fell and was injured around 7:45 a.m. He was taken to Lawrence Memorial Hospital by a Fire Department ambulance crew.

• A possible overdose was reported in a Lake Avenue residence around 1 p.m.

• A Daisy BB gun was turned over by a Harding Road resident so police could dispose of it.

• A man was reportedly passed out in his car at the Melrose Shell station around 3:35 a.m. Responding officers learned he was a driver for Uber and had fallen asleep after working too many hours. He was escorted home.