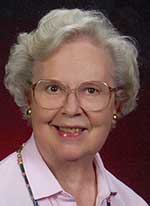 LYNNFIELD — Barbara Fruehauf Bristol, 82, went home to her Lord the fifth of November.

Barbara was a devoted Christian, loving mother, grandmother and wife of 57 years. She will be dearly missed by her husband, family and friends. Barbara was born March 28, 1934 to Mr. and Mrs. Harvey C. Fruehauf in Grosse Pointe Park, Mich. She was an accomplished equestrienne in her youth, winning many ribbons and trophies. She attended St. Timothy’s School in Stevenson, Md. and Pembroke College, now part of Brown University, where she majored in English Literature and was captain of the field hockey team.

Barbara received her teaching certificate and taught at Memorial School in Middlebury, Conn.. She met her husband Dave in the church choir of Middlebury Congregational Church. They married and moved to Marblehead, then settled in Lynnfield. Their son, David was born in Lynnfield and Barbara and Dave lived there for 53 years.

Along with her husband, Barbara enjoyed a wide range of outdoor activities and travelled through many parts of northern New England. She also had a love and appreciation of classical music and enjoyed gardening alongside her husband. In recent years, she enjoyed spending time in Brenham, Texas while visiting her family in Houston. With her husband, Barbara was a long-time and devoted member of West Congregational Church in Peabody, where she was a committed supporter of organizations promoting marriage and family values and was a member for many years of the church’s Mission Committee.

Barbara was pre-deceased by her parents, Harvey C. Fruehauf and Angela S. Peck, and her sister Ann F. Bowman. She is survived by her husband David A. Bristol; her son David A. Bristol Jr.; her daughter-in-law Marcelite Baria Bristol; her grand-daughters Isabelle and Louisa, all of Houston, Texas; and her brother Harvey C. Fruehauf Jr. and sister-in-law Susanne M. Fruehauf of Grosse Pointe Farms, Mich. She is also survived by her 10 nieces and nephews and their families: Lisa F. Prast, and her husband Albert, of Winter Park, Fla.; Martha S. Fruehauf of Charlottesville, Va.; Julie F. Mariouw of Ann Arbor, Mich.; Franklin Benjamin Bristol IV and his wife Janet, of State College, Pa.; Robert D. Bristol, and his wife Kathy, of Moodus, Conn.; William B. Bristol, and his wife Lori, of Paoli, Pa.; Cynthia Engels, and her husband Larry, of Marietta, Ga.; Duncan B. Allen, and his wife Dale, of LaGrange, Ga.; Phoebe Allen of Greensboro, Ga., and Peter Allen, and his wife Andrea, of Marietta, Ga.

Her Funeral Service will be held on Saturday, Nov. 19 at 4 p.m. at the West Congregational Church in Peabody to which relatives and friends are kindly invited to attend. Visiting hours will be held on Friday, Nov. 18 from 3-6 p.m. at the Conway, Cahill-Brodeur Funeral Home, 82 Lynn St., Peabody. In lieu of flowers, the family requests donations be made to the Windrush Farm (www.windrushfarm.org), West Congregational Church, or a charitable organization of choice. For directions and online obituary, visit www.ccbfuneral.com.