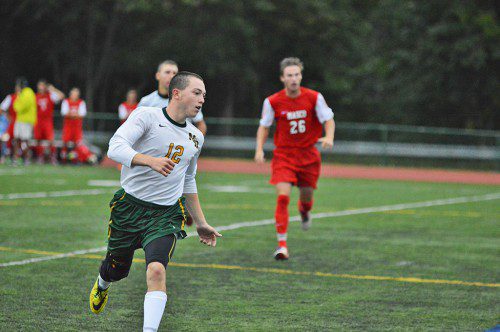 NORTH READING — The Hornets opened the season with a scoreless tie to the Cape Ann League powerhouse Masconomet Chieftains on Thursday afternoon. Coach Bisognano “Any time you can get a point off of Masco it’s a tremendous result.”

It was an evenly played first half with both teams trading a couple of good scoring opportunities, but neither side could convert. The second half was controlled by Masco. Fortunately senior goalkeeper Billy Brandano came up with two huge saves in the half to keep the clean sheet and preserve the tie.

Bisognano was also impressed by the performance of his defensive unit. “Outstanding performance by a new back line of senior captain Ryan McAneny senior Michael Driscoll, juniors Zack Robarts and Liam Rutherford. We were really happy with the performance of the back four. They were well organized and they played hard the whole 80 minutes.”

On Friday afternoon the Hornets hosted the Newburyport Clippers and once again it was a scoreless tie.

North Reading completely controlled the game, from a possession and territorial standpoint. Unfortunately the story of the match was missed opportunities for the Hornets. Junior Anthony Tramontozzi had a header that was cleared off the line and senior Nicky Govostes was thwarted by a tremendous save early in the second half. Govostes had two more opportunities in the 72nd minute but his initial shot was saved and then sent the rebound wide.

Once again North Reading was great defensively as Brandano only had to make two tough plays in the goal. Bisognano, “The back four was strong again and Tramontozzi turned in the best performance of his career. He was tough defensively and dangerous on offense.” 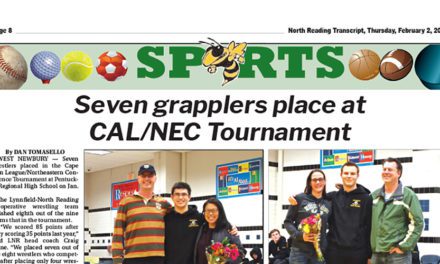