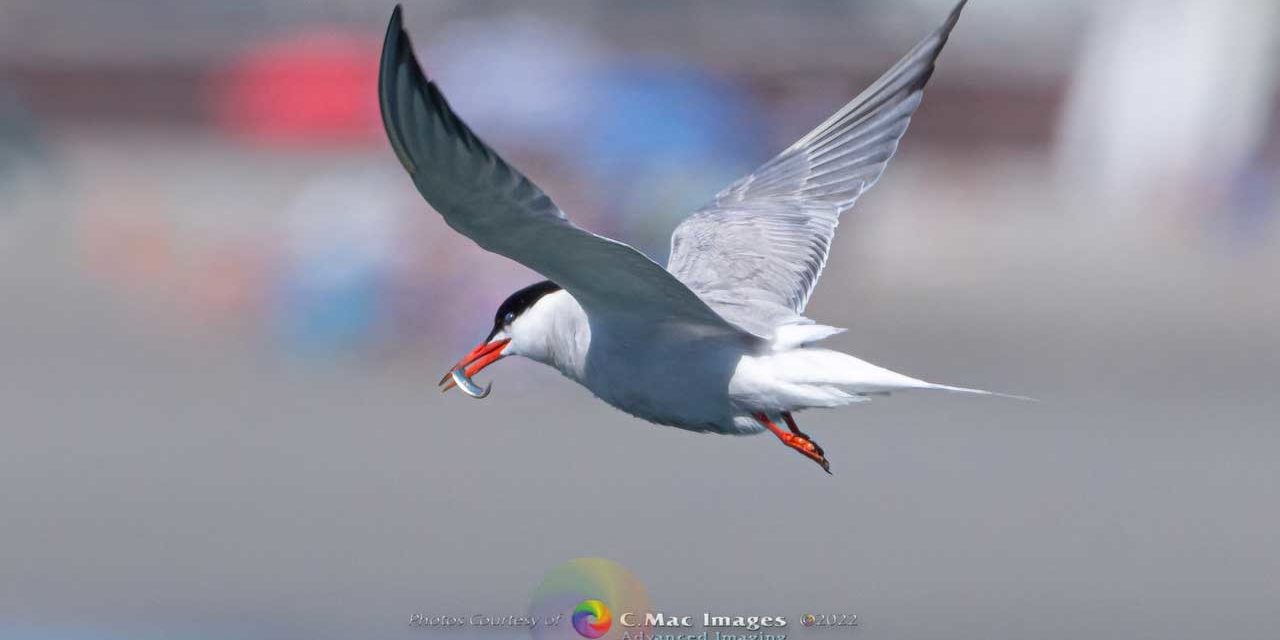 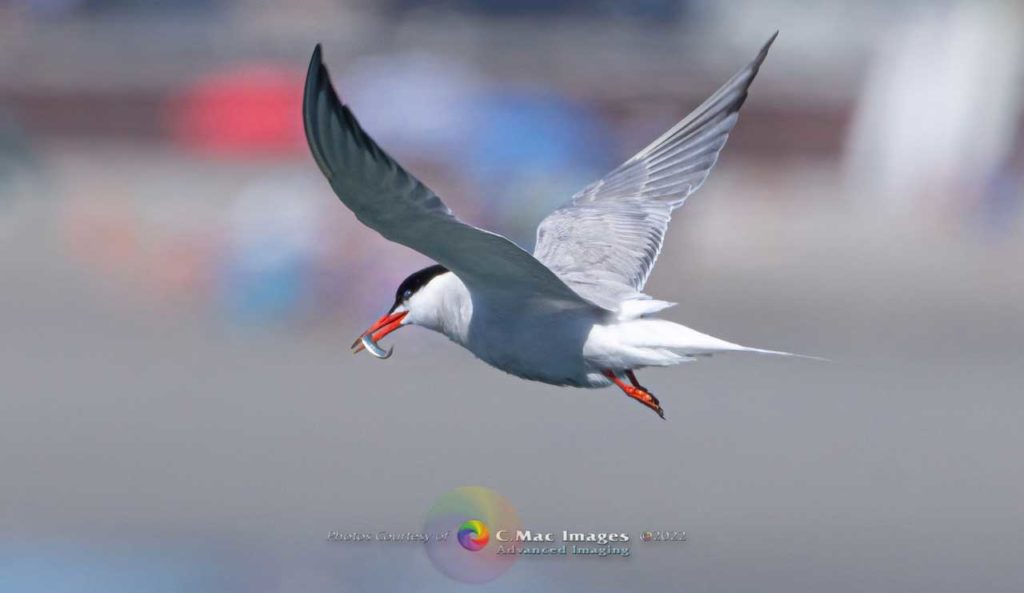 CARIN MACNAMARA was at Lake Quannapowitt yesterday afternoon watching the sailboats race when she said she heard “an unusual and raspy call from a group of birds flying low on the lake. What I thought was a group of seagulls were instead a dozen or more Caspian terns. This is a very unusual occurrence as the Caspian tern is not usually found around here. This was surely a migratory presentation. They are stunning and lightening fast birds with black-caped head plumage and brilliant red fish-knife of a bill that to me looks like a carrot! I watched as they hunted tiny fish by plunging underwater.” Carin also dug up an interesting fact. The oldest recorded Caspian tern was at least 32 years, 1 month old when it was found in Illinois in 2018. It had been banded in Michigan in 1986. The average life span of Caspian terns from the Great Lakes is estimated to be 12 years. (Photos courtesy of Carin Macnamara/Advanced Imaging ©2022)