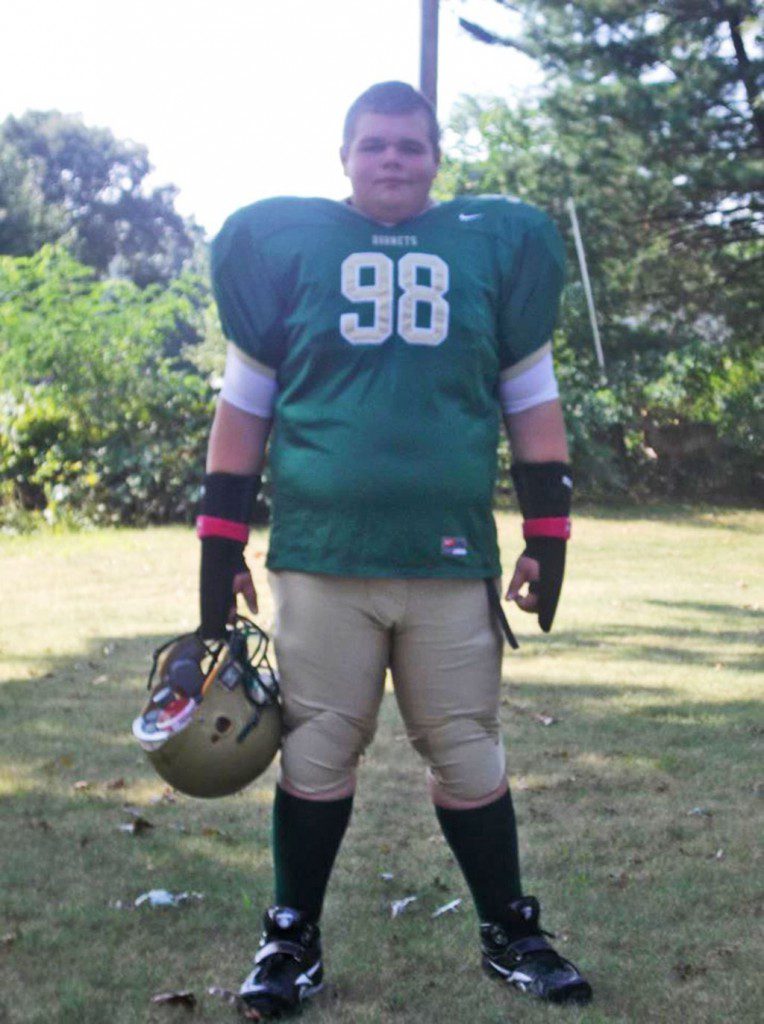 MATT PENLEY attended a Football University camp over the summer.=

NORTH READING — Matthew Penley, an eighth grader from North Reading Middle School, has been very busy in his number one sport of football. Matthew attended a Football University camp over the summer.

Matthew was asked to try out for the Football University eighth grade Mass. All Star Team. As of Nov. 1 he was selected to play both offensive and defensive lines. Matthew was also named one of the team captains. This team will compete in the 2014 Football University National Championship. They faced New Hampshire in the first round.

In addition to this honor, Matthew was also selected to play in the Eastbay Youth All-American Bowl that will be held in Naples, Fla. on Dec. 20.

Matt had a great season this year playing for the North Reading Hornets A Team in the Cape Ann Youth Football League. His team is the Kitchin Division champions with a 5–0 division record and 8–2 record overall. They lost to a tough Masconomet team in the Super Bowl.