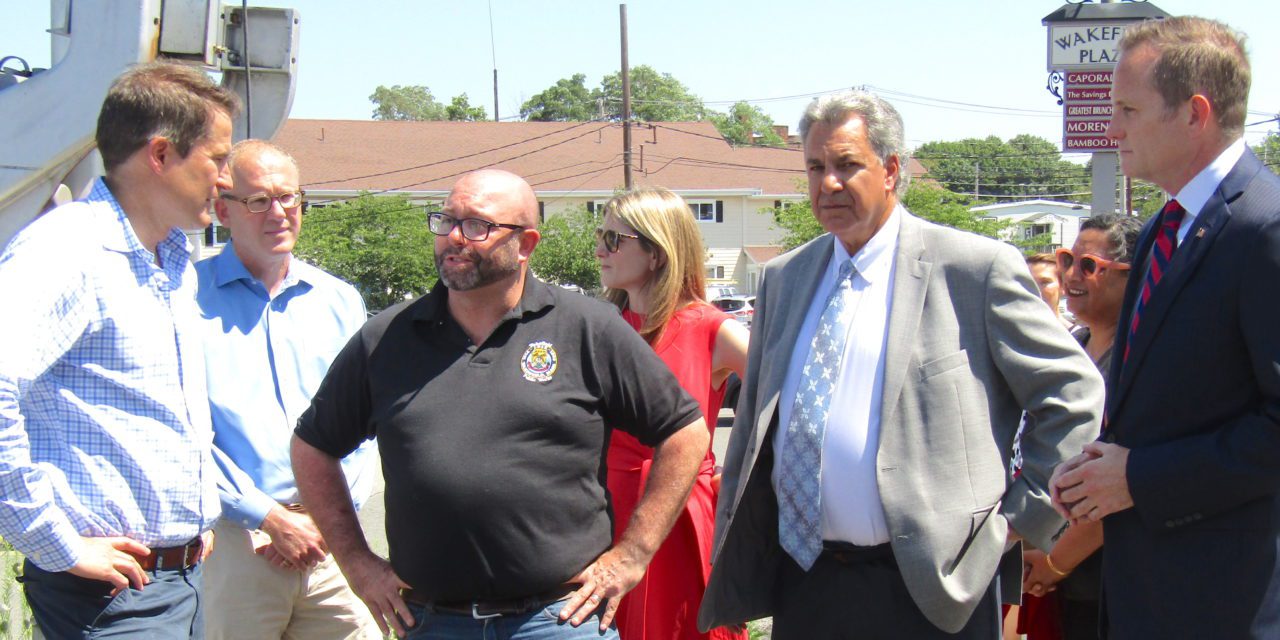 Last May, Annual Town Meeting also appropriated $2 million for the Broadway crossing improvements. Town Administrator Stephen P. Maio explained that he asked Town Meeting for the funds in case the federal monies did not come through. The entire cost of the project could reach $2 million, Maio said, so the town could end up using up to $750,000 of the funds approved at Town Meeting.

The installation of the quad gates and other safety measures will help Wakefield get well under the the threshold required to maintain its “Quiet Zone.” In a quiet zone, railroads are directed to cease the routine sounding their horns when approaching public roadway-rail grade crossings. Localities desiring to establish a quiet zone are required to mitigate the increased risk caused by the absence of a horn.

The Broadway crossing was closed from late 2020 until October of 2021 after the Federal Railroad Administration determined that Wakefield did not fully meet the requirements for a quiet zone. The only way for the town to get under the threshold and maintain the quiet zone was to close the Broadway crossing until the necessary safety improvements could be made.

Congressman Moulton toured the site of the future improvements and met with local and state officials on Tuesday to discuss the project and other future rail projects in the region. 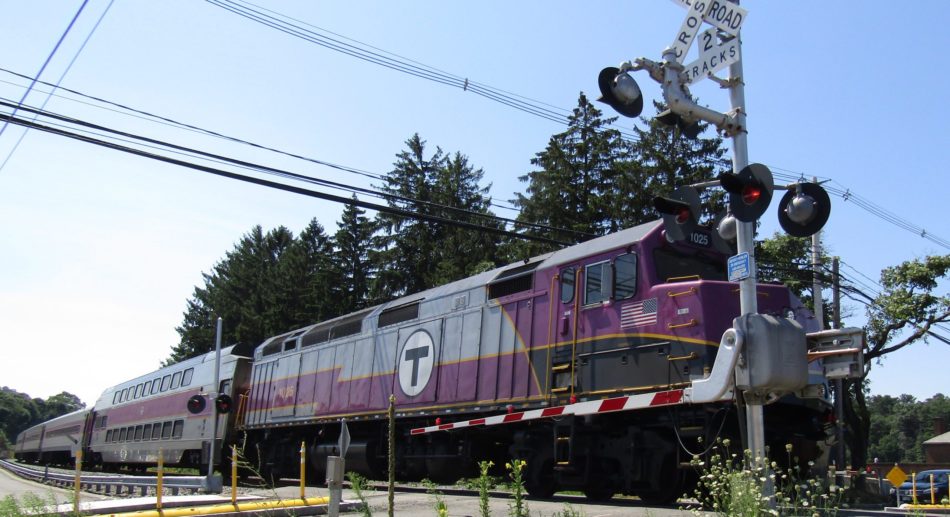 “This is an amazing example of federal, state and local partnership,” Moulton said, “where we have an incredible team from Wakefield and the state legislature that has worked with my team and the federal government to make this crossing improvement possible.

“People don’t need to listen to train horns all day long,” the congressman added. “There are simple things that we can do to make a crossing quiet but it takes money and it takes coordination. I’m very proud of the team here in Wakefield and it’s been an honor to be your federal partner.”

“We know that it’s been a very long, difficult and arduous process for the neighbors, the local businesses and the town to get this crossing addressed permanently so that it could be safe for everybody,” Lewis said. “We are very appreciative of Congressman Moulton and his team for making that happen and for the additional funding that will enable us to make additional improvements.” Lewis also recognized Maio and the Wakefield Town Council for their roles in resolving the issue.

Town Council Chair Mehreen Butt also thanked Moulton and his team for securing the funding for the broadway crossing project.

“As a commuter rail rider, I really appreciate that we’re fixing this and getting the train back on schedule,” Butt said, adding that she was “really excited that the horns won’t be back any time soon.” She also thanked Maio, the Engineering Department, the Town Council and anyone who played a role in solving the issues at the crossing.

Town Councilor Edward Dombroski praised Moulton and his team for their responsiveness to Wakefield, calling it a “tremendous example of a very successful federal/local partnership, which is something we often don’t see.”

Town Administrator Maio recalled getting the phone call from Moulton telling him that the federal funds had been approved. Maio thanked the Town Council and Town Engineer Bill Renault, the neighborhood businesses and all who helped in resolving the crossing issues.