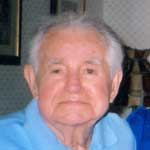 Mr. Murray was a graduate of Malden High School, Class of 1946, and North Shore Community College. He had been a Wakefield resident since 1959 and was the retired owner of Superior Service in Somerville.

Mr. Murray is survived by his wife Constance C. (Govostes) Murray; his two sons, Thomas Yeung and his wife Shirley of Norton and John Bailey Jr. and his wife Carol Ann of Medford; his two grandsons, Richard Yeung and Robert Bailey; his brother, Dennis P. Burgess and his wife Nancy of Tarpon Springs, Fla. and his sister Shirley Davis of Oregon. He was the uncle of Annie, Robert, Kristen, Lisa, Clyde, Roberta, Richard, William, Rose, James, Warren, Jeanine, Adam, Cheryl, Alfred and the late Earl and Donald. Mr. Murray was predeceased by his brother James W. Murray; his two sisters, Mae Holzworth and Carol Petroni, and his two nephews Earl and Donald.

His funeral will be held from the McDonald Funeral Home, 19 Yale Ave., Wakefield, on Wednesday at 9 a.m. followed by a funeral Mass in St. Florence Church, 47 Butler Ave., Wakefield at 10 a.m.

Visitation for relatives and friends will be held at the funeral home on Tuesday from 4 to 8 p.m. Interment will be at Woodlawn Cemetery in Everett.