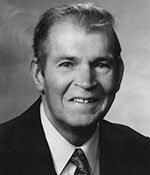 WAKEFIELD — Herbert D. Anderson Jr. of Wakefield, son of the late Herbert D. (former selectman) and Rita (McInnis) Anderson, died peacefully after a lengthy illness on July 21. He was 75.

He leaves behind his daughters Debi, Sandi, Tamera and their mother Joyce, all of Florida. He is survived by his siblings Esther, Charles, John and Robert; his five grandchildren, Ashley, Jeffrey, Alex, DJ and Amber, one great-grandchild, Hailey, and his niece Emma. He was predeceased by his brother Richard and his sister Mary.

Herbie was a professional land surveyor for more than 50 years, he served in the National Guard and was a member and former president of the West Side Social Club.

Herbie donated his body to
the Boston University School of Medicine.

Services will be private.