A communicator, connector who love people and their stories 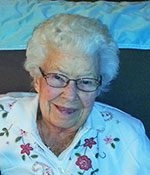 WAKEFIELD — Irene Schmidgall died peacefully surrounded by family on Feb. 23. She was 95 years young and fond of noting that each day was a blessing and a gift. That appreciation for life and the loving effort she put into her relationships is how she will be remembered.
Irene Cecelia Holtan was born at home on Nov. 7, 1919 in the Morningside Park, Columbia University area of New York City. Along with her parents Esther and John Holtan and her older sister Helen, she moved to Brooklyn as a young girl, where she would remain until her move to Massachusetts two decades later. She attended the local public school, PS 130, and Girls’ Commercial High School and from a very early age, along with her love for animals and the outdoors, it was clear that she wanted to be a nurse.
At age 17 she began two years of study Adelphi College in Garden City, N.Y., commuting by train from Brooklyn with her sister Helen, an Adelphi senior. Irene was then accepted by Columbia University School of Nursing in NYC and entered their arduous, concentrated nursing studies, attending classes, passing exams and tending patients on duty. She graduated with both a BS and an RN degree in 1942. That accomplished, Rene joined the Visiting Nurse Association in Brooklyn and enjoyed that work immensely for the next two years.
In 1943 Irene married her longtime sweetheart, Edward F. Schmidgall. Ed and Rene had known each other since Sunday School days at the old Dutch Reform Church in Brooklyn and they loved to tell the story of a childhood play where Ed was cast as the baker and Rene as the baker’s wife. Their romance grew through the years and after Ed was commissioned as a First Lieutenant in the Army, they were married at the church in which they had grown up. Their strong and enduring marriage of 68 years was a model for many and provided the roots from which a large extended family would grow.
Soon after their wedding, Ed was transferred from New Jersey to Los Angeles and Rene joined him there. She joined the Nursing Staff of Good Samaritan Hospital until their first child Susan was born in 1944. When Ed was shipped out to Okinawa, she returned East to her family in Brooklyn, where their second daughter Abby was born in 1945.
When Ed returned from the Pacific he rejoined the General Electric Co. in New Jersey and was subsequently transferred to the company lamp works in East Boston. The family settled in Wakefield in 1959 with their four children Susan, Abby, Rick (Edw. F. III) and Jack (John).
In 1960 Irene accepted a position as school nurse for the Wakefield Junior High School, becoming famous for curing all ills with a lemon drop and a conspiratorial wink. When she retired in 1986 she had seen a whole generation pass through her office and tended thousands of the town’s children.
Despite lots of smiles and fun, Irene and Ed took a few things very seriously – their commitment to family, their church and their community. Irene was fiercely loyal and she liked to know (and pass on) all that was happening in the many branches of her family. She remembered birthdays and anniversaries with cards and gifts, celebrated each new baby with a hand-knit sweater and always made sure to have her grandchildren’s addresses and phone numbers, no matter how many times they moved (alarmingly) around the country.
Irene and Ed continued their church involvement with the First Parish Congregational Church in Wakefield, first as members and eventually taking on leadership roles. One of their longest commitments was helping a group of volunteers cook monthly for the women of Rosie’s Place in Boston, a homeless shelter for women and children. They also committed significant time and energy to the Salvation Army, eventually serving as state Treasurers and being especially involved with the rehabilitation center in Saugus and serving as a waypoint for the town’s donations.
Throughout her life, Irene’s best friend remained her older sister Helen. They were as different as night and day but the bond between them lasted 94 years and never faltered. At a time when women often had few choices in life, this well-educated, strong, direct, compassionate and self-confident duo proved that women could indeed have lives that mattered both inside and outside the home.
Irene loved to travel and visit historical sites, and she had an affinity for animals of all kinds but especially her companion dogs Laddie, Dolly, Ashley and Bonnie. She donated generously of her time and money to various philanthropies. She believed that she lived a truly fortunate life and she wanted to share that fortune with others.
Irene was predeceased by many loved ones including her husband Ed (in 2011), daughter Abby Harmon (of ALS in 2007) and sister Helen Starke (in 2013). She is survived by daughter Susan and son-in-law James Sebold of Concord, N.H; son Rick and daughter-in-law Anne of Clearwater, Fla.; son Jack and daughter-in-law Kathleen of Byfield, and son-in-law Richard Harmon of Exeter, N.H.; eight grandchildren; 14 great-grandchildren; and many more loving friends and relatives around the country. Special friends include Mary Lally, Karen and John Cranford, Marcia Phinney, Ida Montgomery, Linell Nestor and Janet Brown.
Irene, we will remember your lullabies (with tears in your eyes), your parties (pickle forks and all), your notes and phone calls (with news items big and small) and, most especially, your hugs and your stories. We’re all better people for having known and loved you.
A Memorial Service will be held at 11:30 a.m. on Saturday, April 18 at the First Parish Congregational Church, 1 Church St., Wakefield, relatives and friends are invited to attend. 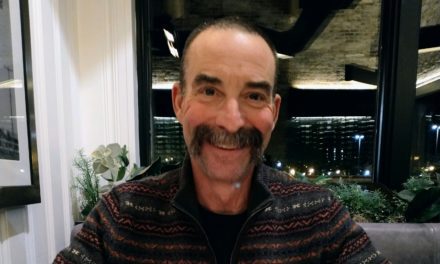 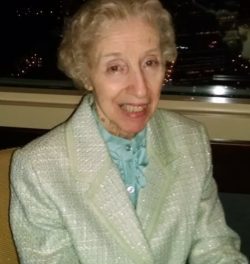