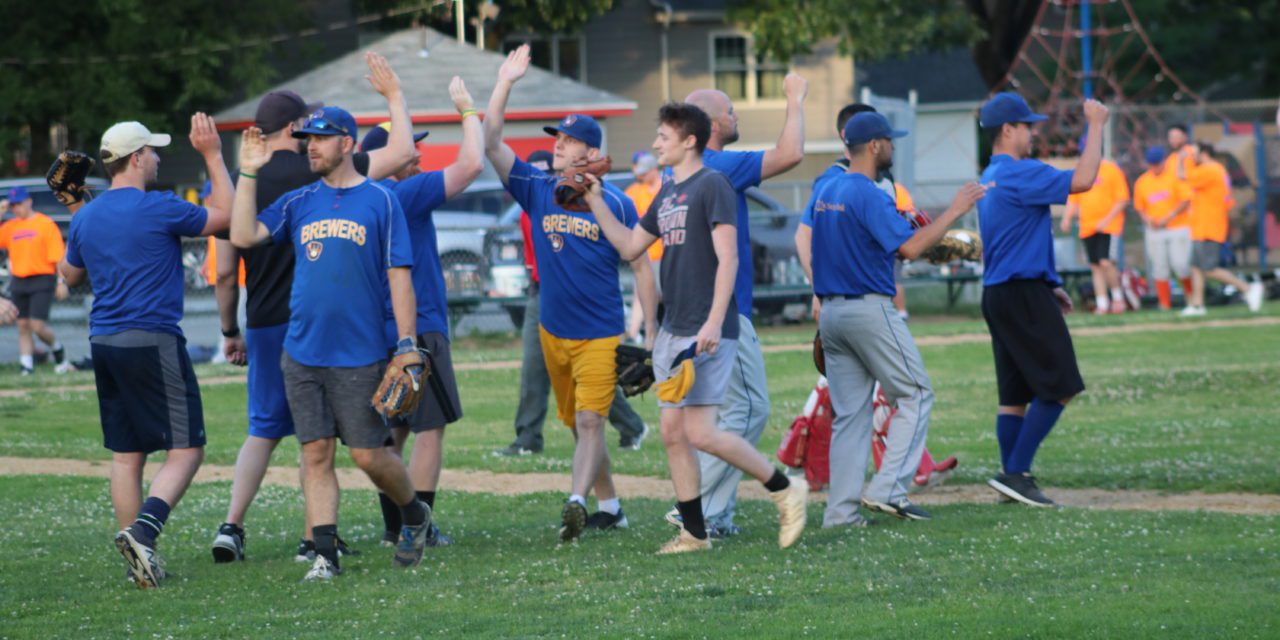 THE REIGNING champion Brewers are off to a 2-0 start this season. The Brew Crew beat the Unknowns 9-3 to start the season and topped the Highlife 8-2 last night to take sole possession of first place early in the 2022 Twi season. (Dan Pawlowski Photo)

WAKEFIELD — The Wakefield Twi League is in full swing down at Moulton Park.

While the season is young with three of the six teams only playing one game as of today, there’s a familiar, hoppy aroma at the front of the pack as the 2021 champion Brewers are off to a quick 2-0 start, taking sole possession of first place with an 8-2 win over the Highlife last night.

The Slappers won their first and only game to date, 12-5 over the Loafers on June 22 and despite only five total games being played so far, that’s it for undefeated teams left, a number that will come down to one after tomorrow night’s Slap-Brew tilt, 6 p.m. at Moulton.

The Highlife won their first game over the Expos 14-9 on June 21 but the ‘Spo’s took the rematch 10-3 two days later. With last night’s result, the Life are now 1-2 on the season.

The 1-1 Expos will play the 0-1 Unknowns tonight, also 6 p.m. at Moulton as the majority of games are.

The Unknowns haven’t played since the league opener on June 20. The Orange jumped on Brewers starter Chris Casey with a two-run 1st, a two-RBI base hit by Geoff Eriksen scoring Kevin Murray and Scott Elwell.

Unknown ace Adam Chanley cruised through two but a dangerous bottom-half of the Brewer lineup started a rally in the 3rd that would result in a 4-2 Brew Crew lead.

Darren Bisso singled, Chris Casey reached on an error and Drew Betts connected on an RBI base hit to start it up.

After Chanley responded by striking out leadoff hitter Colin Jaena, Chris Coombs came through with another single to score Casey. John Halsey kept the line moving with another RBI knock and the fourth run later crossed the plate on a sac fly from Steve “New Guy” Morganelli.

Casey settled in after the 1st, surrendering just one more run until he exited after the 5th with a comfortable 9-3 lead. 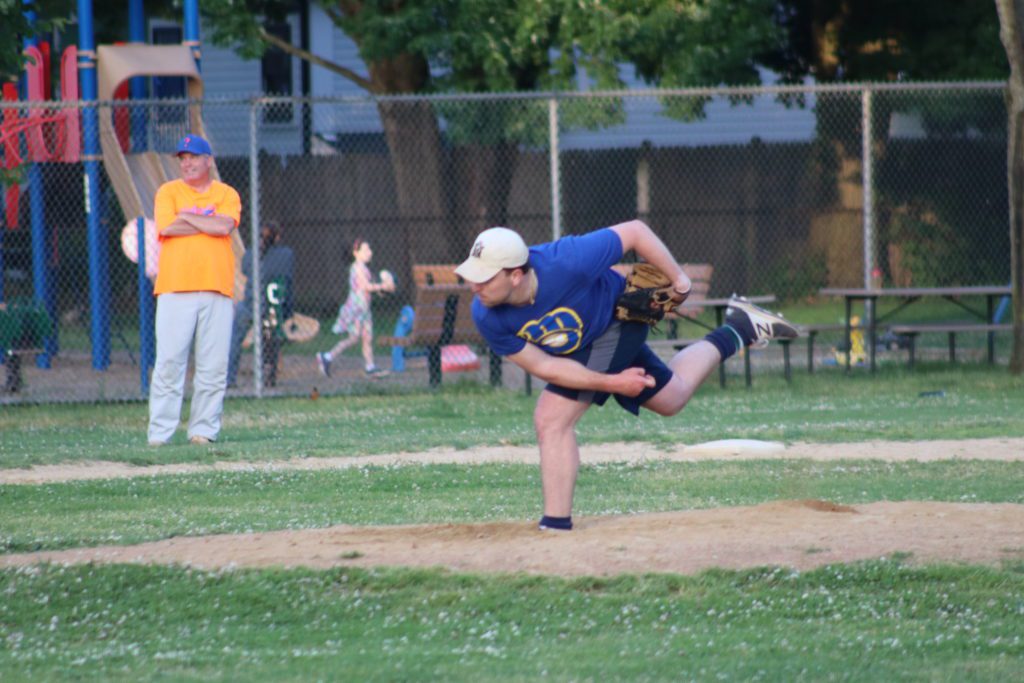 The Web Gem of the day went to Betts out in center field in the 4th, reeling in a hard hit fly off the bat of Bryan Butt, a lefty, adding a tough slice element for the speedy Betts to account for as he made a backhanded snag on the run.

The Brewers added insurance to the tune of five more runs in the bottom of the 4th. Bisso led off with another single and Casey ripped a double down the third base line, setting up RBI singles for Betts and Jaena.

The Crew chased Chanley after Coombs walked to load the bags and two more runs came around on an error at short. Later with two down, another infield error led to the final run.

The Orange attempted a rally in the 5th with three consecutive singles by Jeff Power, Sean Alexander and Chris Power. An Elwell fielder’s choice accounted for one run but a strikeout and later a wild pitch that resulted in an out at the plate ended the threat.

It was a close play at the plate but no doubt the right call, continuing a perfectly called game with zero arguments or complaints, certainly a rarity in the Twi. It must have been the Burgundy red uniforms. Look good, feel good, ump good.

Morganelli came on to close out with three K’s in the final two innings, proof that the reigning champs have reloaded this year with another arm, not a good sign for the rest of the league.

After meeting the Expos tonight, the Unknowns will play the Loafers on Friday night before the league takes a break over July 4th weekend.
The fireworks will resume on July 6.