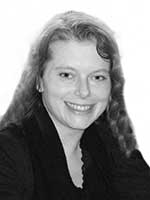 BILLERICA — Suzanne C. Grenier, a woman who was devoted to her two daughters, passed away unexpectedly at her home on Saturday morning, July 2. She was 42 years old.
Suzanne was born in Newton. She was raised and educated in Burlington and was a 1992 graduate of Burlington High School. She went on to further her education attending Middlesex Community College.
As a child Suzanne held a close and special relationship with her parents. They traveled together as a family and visited such destinations as California, Hawaii, Seattle and Disney. As a child she enjoyed horseback riding.
Suzanne was an accomplished artist throughout her life starting with high school where her most enjoyable courses were in art. She would meet the love of her life Dana Isbell and they would settle in Billerica and raise Maryanne and Jillian. As a family they enjoyed trips to Lake Winnipesauke. Suzanne will be remembered as a quiet woman who put family first and was devoted to her two daughters Maryanne and Jillian.
Suzanne was the beloved fiancée of Dana Isbell of Billerica. She was the proud and devoted mother of Maryanne Noelle McGovern and Jillian Beth Isbell. She was the cherished daughter of Anne Grenier and the late Roger of Burlington.
Funeral from the Edward V. Sullivan Funeral Home, 43 Winn St., Burlington (Exit 34 off Rt. 128, Woburn side) on Thursday, July 7, at 9 a.m. followed by a Mass of Christian Burial in St. Malachy Church, 99 Bedford St., Burlington at 10 a.m.
Visiting hours Wednesday 3-7 p.m. Interment in Chestnut Hill Cemetery, Burlington.