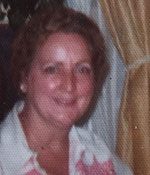 She was the beloved wife of the late Clarence “Buddy” Fanjoy Jr. who died in 1995.

Born at home in Wilmington, and raised in Woburn, she was the daughter of the late William, and the late Anna (Thorstenson) Anderson. Violet was a graduate of Woburn Public Schools. She had been a longtime resident of Woburn since the late 1930s. Along with her late husband Clarence, they bought a house in Woburn in 1954, where they raised their six children.

She was a devoted Christian and loved the Church of the Open Bible in Burlington. Her favorite book was The Bible. Violet always had a passion for animals and she loved gardening and music. She taught herself the piano and would play it beautifully “by ear.”

Violet raised her children to have good morals and to be good Christians. She will be sadly missed but is at peace in the arms of God. “Jag al skar dig” (“I love you” in Swedish)

Services will be private.