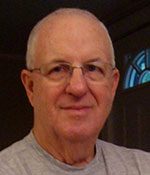 WAKEFIELD — George Moses Ball, loving husband, devoted father and lifelong resident of Wakefield, died unexpectedly at home on May 25 at the age of 67.

George was born on May 7, 1949, to Wesley and Hazel (Moses) Ball. He graduated from Wakefield High School in 1967. While attending WHS he played football and threw the shot put on the track team. Upon graduation, George attended the University of Massachusetts at Amherst, where he received a bachelor of science degree in Physical Education. There, he met his best friend and loving wife, Anne, on a blind date, set up by their roommates. Later, they moved to Wakefield and raised their three wonderful children.

George obtained a master’s degree in Special Education from Boston State College. He also attended Boston College where he earned a Certificate of Orientation and Mobility, which gave him the skills to teach students with visual impairments how to safely navigate their environment. George devoted his life to working with both children and adults, beginning at 3 years old, with visual and multiple impairments. He saw potential in every person.

George worked at Perkins School for the Blind in Watertown for 27 years and was employed by the Newton Public Schools for 13 years, retiring in 2015. He worked as a physical education and swimming teacher, wrestling coach and later as an Orientation and Mobility Instructor. Students and adults who worked with George immediately felt at ease in his presence. He was a calm, gentle man with a booming voice, which would easily fill an entire room. He valued his relationships with all his colleagues and truly loved his job.

George was a kind, generous and patient person who touched the lives of each person he met. He loved all sports and was passionate about spending time with his family and all his friends in Massachusetts, Maine and beyond.

George was a coach with Wakefield Youth Soccer, Baseball, Softball and Basketball as well as a volunteer with the Wakefield Music Boosters. He was involved with every activity his children and grandchildren participated in be it as a coach, spectator or volunteer. George and his children were also very involved with the Wakefield Challenger Basketball League for many years. From this and other volunteer experiences, his children learned the value of helping others and this is reflected in the professions they have chosen to follow in the medical, public service and educational fields. George always encouraged and supported his children to pursue their dreams while instilling virtues of hard work, responsibility and altruism. George was always ready and willing to give a hand to those he knew and would never hesitate to step forward to assist anyone in need. His calm and patient demeanor endeared him to all.

Graveside services will be private. A celebration of his life will be held on Friday, June 3, from 1:30 to 4:30 p.m. at Spinelli’s Function Hall in Lynnfield. Arrangements are in the care of the McDonald Funeral Home, Wakefield.